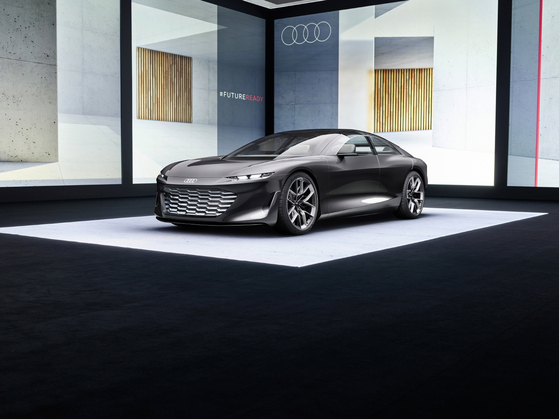 Audi announced that it will accelerate its transition to e-mobility during a climate conference held in Berlin in June.

Starting from 2026, Audi will only launch electric-powered cars as new models for the global market and gradually halt the production of internal combustion engines by 2033. The goal is to achieve carbon neutrality by 2050 at the latest, the carmaker said.

Audi plans to expand its lineup with all-electric models, aiming to introduce over 20 e-models by 2025. Some 35 billion euro will be invested into the development of electric-powered and hybrid mobility and digitalization.

Audi’s A6 e-tron concept car, which was unveiled recently at Auto Shanghai 2021, is fit for both dynamic and daily driving. According to Audi, the A6 e-tron supports fast charging with mileage of more than 700 kilometers.

As the Grandsphere series is built for level 4 driving automation technology, the redesigned inner space will provide the driver and passenger with a novel experience unlike that of conventional cars, Audi said.

The Grandsphere concept car reflects Audi’s intention to lead the industry with technological innovation, taking the integrative approach to achieve carbon neutrality in every process of mobility value chain while providing a whole new driving experience.

Audi plans to disclose the third concept car Urbansphere in 2022, which will be part of the whole series incorporating level 4 driving automation technology.

Backed by its popularity, Audi is expanding its lineup of electric-powered cars to provide a wider range of choices for drivers. Audi’s e-tron 50 quattro and e-tron 50 Sportback were launched in May, followed by the Audi e-tron 55 Sportback released this year. Audi’s e-tron GT and RS e-tron GT will also officially launch in Korea in 2021, the company added.

How to lose trust

It’s not your ‘victory’