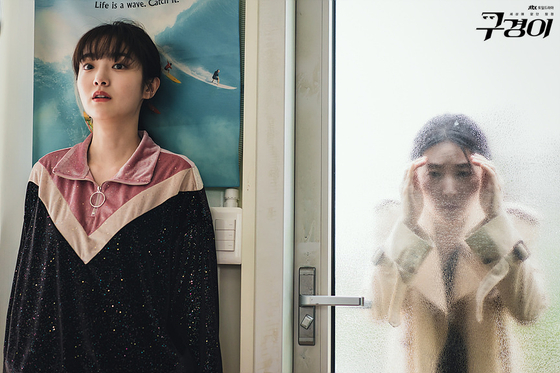 Both of the aforementioned shows initially received attention for their star-studded cast featuring A-list actors Ko Hyun-jung and Lee Young-ae. As Shin and Kim, who are lesser known to the public because they are relatively new in the industry, also take on main roles alongside Ko and Lee, audiences commented on the “confrontation between the heavyweight and lightweight.”

“Inspector Koo” is about a former policewoman and current insurance investigator Koo Kyung-yi (played by Lee) who must do whatever it takes to stop serial killer K (played by Kim). The show has the typical hero and villain narrative, yet created a whole new persona for Lee, who usually portrays an elegant and intelligent image, as she plays a character who is all about alcohol and games. At first, viewers weren’t sure if rookie Kim’s acting would live up to their standards. Such concerns were unnecessary as Kim's performance immediately exceeded expectations. 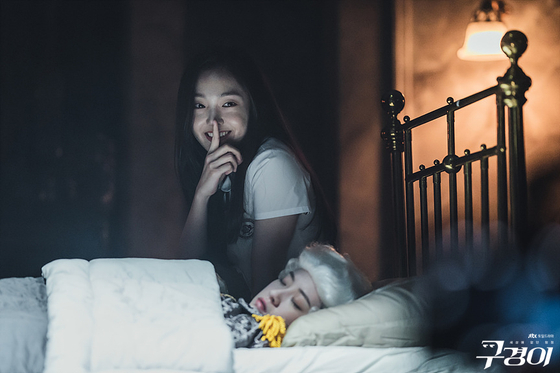 
“K is a unique villain. She commits a series of murders but they are all with the aim of getting rid of the ‘evil.’ She has her own reasons for her deeds, so it’s difficult to dub her as a simple character,” said pop culture critic Jeong Deok-hyun. “Kim perfectly portrays a dimensional character and at the same time, maintains a tense relationship with Kyung-yi that keeps viewers on the edge of their seats. It’s one of the main reasons the show has grabbed viewers’ attention.”

Another culture critic, Ha Jae-keun, agrees. “Kim played the queen in [Netflix’s historical zombie original series] 'Kingdom,' where she showed the cold-heartedness of power and this role earned her recognition,” said Ha. “Now, as a female serial killer that is rarely depicted in Korean content, she is breaking stereotypes by playing by her own rules.” 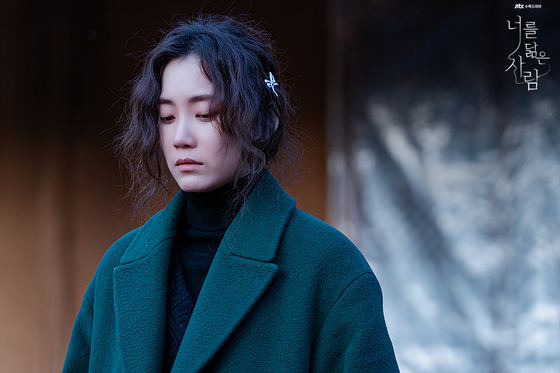 Gu Hae-won, played by Shin Hyun-been, in JTBC's "Reflection of You" [JTBC]


In “Reflection of You,” Shin plays Gu Hae-won, a substitute art teacher at an all-girls middle school whose husband has an affair with a successful painter named Jeong Hee-joo (played by Ko). This causes Hae-won to try and destroy Hee-joo. Shin was critically acclaimed when she previously played an opinionated and prim doctor in tvN’s hit series “Hospital Playlist” (2020-21).

“[Shin] might be overshadowed by Ko [as Ko has already established a reputation as an A-list actor] and it might be a lot of pressure for a newer actor to try and stand out, yet she is captivating the audience with her own charms,” Ha commented. 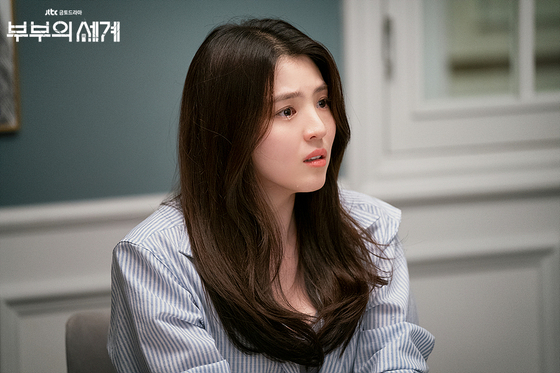 
On the topic of budding actors who have captivated the public, actor Han So-hee also comes to mind. Han took on the role of Yeo Da-kyung, a Pilates instructor and the mistress of a doctor’s husband in JTBC’s television series “The World of the Married” (2020). Han made her breakthrough with this role, earning praise for her performance. It wasn’t Han's first time playing a character involved in a scandal, however. In her previous roles in “Money Flower” (2017-18) on MBC and “100 Days My Prince” (2018) on tvN, both her characters were involved in affairs.

Once again, Han received highly-positive reviews for her top-notch acting as the revenge-driven Ji-woo in Netflix’s original crime thriller series “My Name.” The show shot up to No. 3 on the streaming platform’s Top TV Shows in mid-October.

Broadcasting authorities are optimistic about how budding actors are finding their place in the industry.

“Usually there would be a limited set of female actors to choose from when finding a protagonist,” one broadcasting representative said. “[The industry] did not provide enough opportunities to aspiring female actors with lots of potential, and it was also difficult for viewers to find new faces when watching television shows. It’s good to encourage new actors to find their space, and it helps production crews to cast among a wider range of actors for diverse scenarios.” 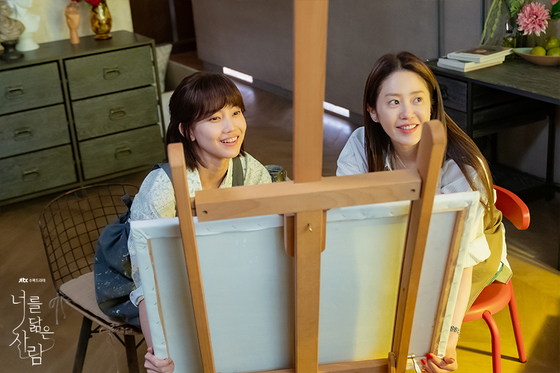 
“Until recently, when a famous, weighty actor was cast as the protagonist, the antagonist would be just a supporting role, typically characterized as a nuisance who is a bit dumb or annoying,” said critic Jeong. “The situation is different now. Even rising actors do not fall short of their seemingly-intimidating counterparts; they have their own strong individualities as well.”

"Inspector Koo," "Reflection of You" and "The World of the Married" are available to view on Netflix.

Han So-hee's success has her questioning the meaning of love

'Night of the Undead'