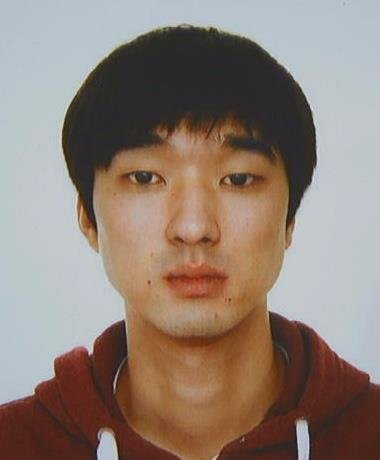 
The police on Wednesday disclosed the full name and identity of the stalker who confessed to killing his ex-girlfriend last week: Kim Byeong-chan.

An expert panel from the Seoul Metropolitan Police Agency held a meeting earlier in the day and decided to make public Kim's identity.

Police identified Kim as a 35-year-old man and also released his mugshot.

"Considering the malicious nature of Kim's crime, we decided to reveal his identity," the panel said.

Kim was arrested for stabbing his former girlfriend at her apartment in Jung District, central Seoul, on Nov. 19. She was 32 years old.

Kim was a longtime stalker of the victim, having followed her for over six months.

During that period, she had reported instances of Kim’s stalking to the police six times.

Her last report to the police was on Nov. 9.

The affidavit that she last filled out said that Kim had threatened her saying “Let’s get back together — if we don't, I’ll die and I’ll kill you too.”

The woman spent that night at the police station’s protection shelter and was given a smartwatch that she could use to call the police in an emergency.

Twelve days later, Kim went to her apartment again and waited in the hallway for his former girlfriend to come out of her home.

When she did, surveillance camera footage shows Kim taking out a knife he had bought the day before at a department store in the same district.

Realizing the seriousness of the situation, the woman pressed the smartwatch's emergency button twice — first at 11:29 a.m., then again four minutes later.

But the police failed to arrive on time as they went to the wrong place after the woman’s first call, due to technical issues with the watch's GPS tracking system.

When the police arrived, 12 minutes after the initial emergency call, Kim had already fled the scene and the woman was lying on the floor with multiple stab wounds on her face and body.

She died on the way to the hospital.

Kim, after committing the crime, took a bus to Daegu, around 300 kilometers (186 miles) south of Seoul.

The police tracked Kim down using CCTV footage and arrested him Saturday at a motel in Daegu.

The recent case has brought the police response system under fire as many say that the police should have been able to predict — and prevent — such violence from Kim after his monthslong stalking.

A Blue House petition by a man claiming to be the victim’s brother was also posted on Wednesday, stating his frustrations with the police in dealing with his sister’s case.

According to the brother, the police had turned the victim away several times, saying that she did not have conclusive evidence of Kim stalking her, such as a picture or video of him in the act.

The only measure that was taken to prevent Kim from approaching the victim was a restraining order that prohibited him from getting within 100 meters of the victim.

“My sister fought for her life and asked the police for help multiple times because she trusted the system,” the brother said, “but that system failed her.”

Amid the mounting national outrage against the police’s response, the Seoul Metropolitan Police Agency made a public apology Monday.

“We deeply apologize to the victim, the victim’s family and all the citizens.”