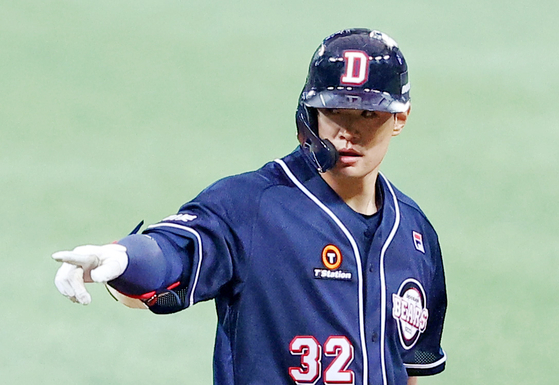 
Former major leaguers Kim Hyun-soo, Park Byung-ho and Hwang Jae-gyun and 2018 KBO MVP Kim Jae-hwan are among the 14 players to have opted for free agency in the KBO this season.

The KT Wiz — Jang Sung-woo, Heo Do-hwan and Hwang — and the Samsung Lions — Baek Jung-hyun, Kang Min-ho and Park Hae-min — have the most players entering the FA market this season, with three each. The Doosan Bears — Kim Jae-hwan, Park Kun-woo — and Lotte Giants — Jung Hoon and Son Ah-seop — follow with two FAs each.

Four teams have one FA each: Kim Hyun-soo of the LG Twins, Park Byung-ho of the Kiwoom Heroes, Na Sung-bum of the NC Dinos and Choi Jae-hoon of the Hanwha Eagles. The Kia Tigers and SSG Landers have no players opting for free agency.

LG outfielder Kim Hyun-soo, who played for both the Baltimore Orioles and Philadelphia Phillies in a two-year MLB stint, and Park Byung-ho of the Heroes, who previously played for the Minnesota Twins, are two of the biggest names in this year’s FA market.

Hwang of the Wiz also has some major league experience, with an abortive attempt to make the jump to the big leagues seeing him play a couple of months with the San Francisco Giants in 2017.

Kim Jae-hwan, the 2018 regular season MVP, enters the market for the first time after 14 years with Doosan. Although his numbers have dipped slightly in recent years, Kim remains a significant threat at the plate. Since 2016, Kim has batted in 678 RBIs, the most of any player in the league over that span.

NC’s Na could provide some intrigue this year, as the slugger may try posting to the major leagues again. Last year Na made a bid to move to the majors, but failed to land a contract within the posting period. The KBO announced earlier this month that they have received a status request for Na, the very first step toward a possible move to the United States.