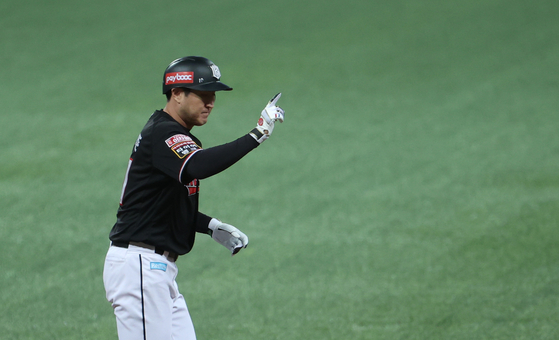 Yoo retired at 40 after an 18-year KBO career that saw him play for the now-defunct Hyundai Unicorns, the Nexen Heroes — now the Kiwoom Heroes — and the Wiz. As the Wiz filled the vacancy left years earlier by the Unicorns in Suwon, Yoo both started and ended his career in the city.

And as the numbers suggest, Yoo did not quietly fade into the background as his retirement nears. Instead, the veteran batted clean-up in the Korean Series just last week, batting .167 with an RBI and four walks as the Suwon club swept the Doosan Bears to take their first-ever title.

"It's an honor to retire as a member of a championship team," Yoo said in a press release. "I'd like to thank all the coaches who helped me grow and also my teammates for all their hard work."