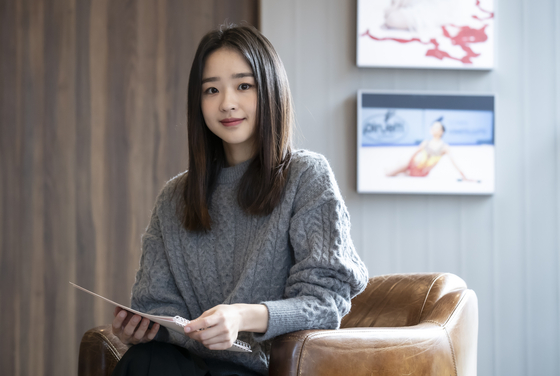 
It has been four years since Son Yeon-jae, the rhythmic gymnastics star and two time Olympian, announced her retirement. But Son's passion for the sport is stronger than ever, and she hopes that more people will appreciate gymnastics as much as she does.

Son opened Leap Studio in March of 2019 to teach rhythmic gymnastics. The name Leap was chosen not just because of its obvious gymnastics connotations, but also because Seo aims to help young athletes leap forward in their careers.

The studio initially started out with younger students but Son says there are more and more adults coming in to learn the sport.

"I started adult classes two years ago because I knew rhythmic gymnastics could be an everyday sport," Son told the Joonang Ilbo on Monday.

Son hopes that rhythmic gymnastics make it onto the list of popular recreational sports alongside yoga, pilates and ballet.

"Yoga and pilates have been popular for some time, but ballet is a more recent trend. People used to think of ballet as something you would only watch. It's similar for rhythmic gymnastics because it is considered a sport to watch at the Olympics."

"It is my homework to change how people think about rhythmic gymnastics." 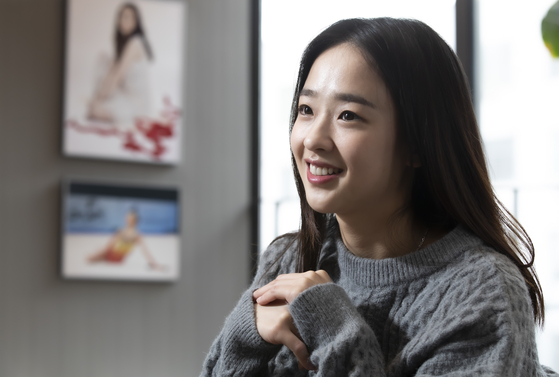 
Son is a rhythmic gymnastics legend in Asia.

When she made her debut on the senior stage, Son won bronze at the Guangzhou Asian Games in November 2010. After finishing fifth in the all-around women's individual at the 2012 London Olympics, she started to get international recognition.

At the 2014 Incheon Asian Games, Son became the first Korean rhythmic gymnast to win gold in the women's individual all-around. But that wasn't the end, as she went on to win three titles at the 2015 Gwangju Summer Universiade. Then, at the 2016 Rio Olympics, Son's last international event before her retirement, she finished fourth in the all-around, the best finish ever by an Asian rhythmic gymnast.

When Son announced her retirement from rhythmic gymnastics in March of 2017, she had a lot of thoughts regarding her career, as she was only 22 years old at the time. But like Son said, it was out of sight out of mind for the public as after the big Games, she was slowly forgotten by the fans and the popularity of rhythmic gymnastics in Korea also began to wane.

That is when Son decided to step up and help bring back the popularity of the sport by opening a rhythmic gymnastics academy and hosting a junior event, the Leap Challenge Cup. Son believes that giving the public a chance to learn the sport is the best way to people's hearts.

"As a professional athlete, I sometimes felt like I was caught inside a world that was too small because so few people do rhythmic gymnastics," said Son.

"The popular sports are usually the ones people have experience playing. If I keep on teaching children and adults, I hope that it will have a long-term effect on the popularity of the sport.

"I consider it my life's goal to make rhythmic gymnastics popular among amateurs, rather than fostering elite professionals. It's going to take a while and it's going to be difficult, but that's my lifelong dream."

The Leap Challenge Cup, a junior rhythmic gymnastics event hosted by Son, will take place in Namdong Gymnasium in Incheon from Dec. 4 to Dec. 5.