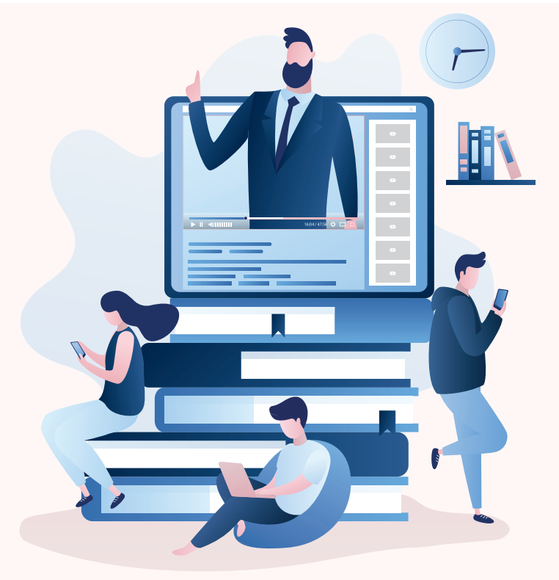 Kelly Bryd, 22, had high hopes for her new life in Korea when she flew to the country from the United States in February 2021.

A junior majoring in Korean studies at George Mason University Korea in Incheon, Bryd wanted to practice and improve her Korean. She wanted to make Korean friends. But one major problem got in the way: Online education.

Bryd is among 89 international students who enrolled at the university last spring at the start of the school year. They came from 10 different countries, including Canada, China, Russia, El Salvador, Ethiopia, and Taiwan.

Many of these students came to immerse themselves in a new culture. When they arrived, they realized it would be a lot more difficult than they thought, due in a large part to the language barrier.

Online education has only made it harder for them to learn the language, several international students told the Korea JoongAng Daily.

The limitation on in-person meetings owing to Covid-19 social distancing restrictions reduces the opportunities for international students to efficiently communicate using the Korean that they have learned in class.

Even if they make new friends, they tend to mostly be other international students who speak English as their first language.

In an online setting, students would mainly prefer communicating with the language that they feel most confident in, which leads them to avoid using Korean in conversations altogether. If they have more chances to meet in person with their peers, they could at least try using Korean and learn from other Korean friends how to pronounce certain words and when to use expressions naturally through dialogue.

“Let’s say I need something to be translated and want to get help from a classmate,” said Jose Herrejon, 22, a sophomore from the United States. “Because of the barrier that we are only online classmates, it is hard to do that.”

One time Herrejon desperately needed help was when he had to use the ATM.

“I was looking for an ATM but there was nobody who could take me there,” he said. “I had to walk down all the way following the map app finding it. I didn’t know at that time there was an ATM right outside of the dorm that I lived in.

“If I had seen somebody who I might be familiar with, like students of our university, maybe they would know and help me. But everybody was taking online classes and I could not find a friend for help.”

George Mason University Korea has devised some programs to help struggling international students, one of which specifically helps them learn Korean and better understand the Korean culture through in-person gatherings held under social distancing measures.

Still, Chizzy Nwosu, 19, from the United States, said she wants to receive more help from her professors with online classes.

“I feel like the professors should talk to and communicate with the students more rather than [telling us to] simply e-mail or ask questions during classes,” said Nwosu.

For Bryd, nothing can beat face-to-face interaction.

“I would rather wish to go back to pre-Covid times as there was more interaction with peers. I do miss inperson classes and miss the interaction I had with other students and professors.”