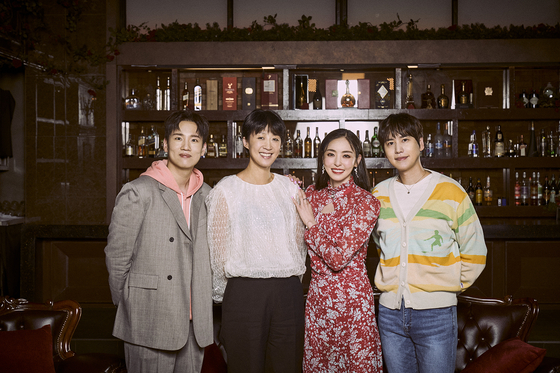 A celebrity panel will be starred on Netflix's ″Single's Inferno," from left: Hanhae, Hong Jin-kyung, Lee Da-hee and Kyuhyun. [NETFLIX]

According to Netflix, the show is about singles who “search for love on a deserted island.” The panel will try to guess who ends up as couples.

“Single’s Inferno” will release two episodes each week for four weeks, wrapping up after the eight episodes.