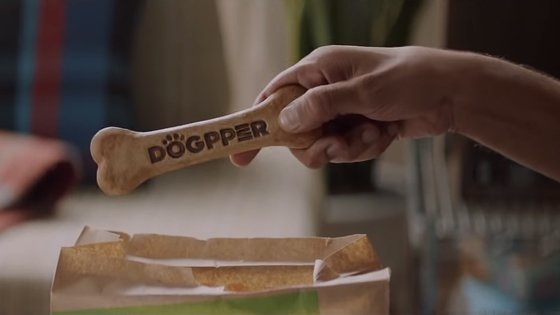 
Fast food chains are trying to get on the good side of pet owners by offering treats made for Fido.

The BHC Mung Cookie is made of fruit and vegetable powder and retails for 4,500 won ($3.80) for a pack of six. Customers can buy the treats at BHC Chicken restaurants, the franchise’s online website, Naver’s Smart Store or food delivery application Yogiyo.

“Customers are becoming more interested in pet foods and treats for their pets, and we plan to increase sales by developing new products and offering them through wider sales channels,” said a spokesperson for BHC. 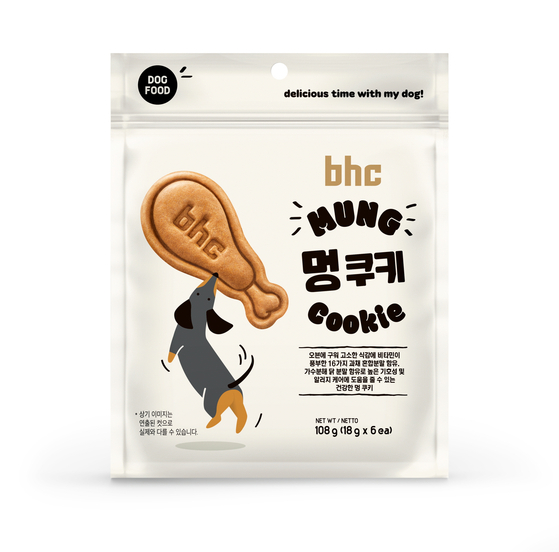 
Starbucks may have popularized the whole notion in 2015 with Puppuccinos, small portions of whipped cream for dogs.

With a rising number of pet lovers in Korea, many companies see pet food or treats as ways to broaden their appeal to two-legged customers. According to Ministry of Agriculture, Food and Rural Affairs, there were 6.38 million households raising pets last year, almost one-third of Korea’s 23 million households. That figure is up 8 percent from the year before. Owners don’t hesitate to spend on their furry friends, spending an average 176,000 won a month on dogs and 149,900 won on cats.

The treat takes its name somewhat torturously from the franchise’s signature Whopper, and is said to mimic the taste of a hamburger by containing beef and a smoky flavor. Other ingredients include brown rice, oats, coconut powder and tapioca starch.

The hamburger chain introduced the Dogpper for a limited time in 2019 for deliveries.

During the two-week period Burger King gave out free Dogppers in May 2019, home delivery orders increased by 20 percent, according to the company.

In 2020, it started giving out Dogppers at restaurants as well.

Now the Dogpper is bigger and costs 2,500 won. They can be bought at Burger King stores or when ordering via the franchise’s delivery app. The treat is not available on other food delivery apps such as Baedal Minjok or Coupang Eats.

“We decided to upgrade the Dogpper because we found that pet-loving customers wanted to share the Burger King experience with their pets as well,” said Burger King Korea CEO Moon Young-joo.