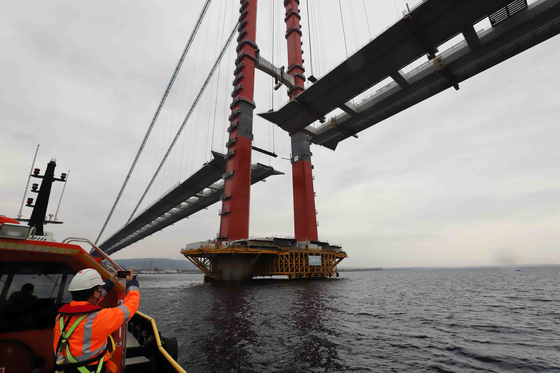 The final plate of the Canakkale Bridge in Turkey being placed. Korean developers including DL E&C and SK ecoplant have been participating in the construction of the world’s longest suspension bridge. The bridge was initially targeted to open in October 2023 to celebrate the founding of Turkey’s Republic. However, because less time was needed for construction was needed then initially estimated, the bridge is expected to open to the public in January next year. The Korean construction companies started work on the bridge in March 2018. [YONHAP]