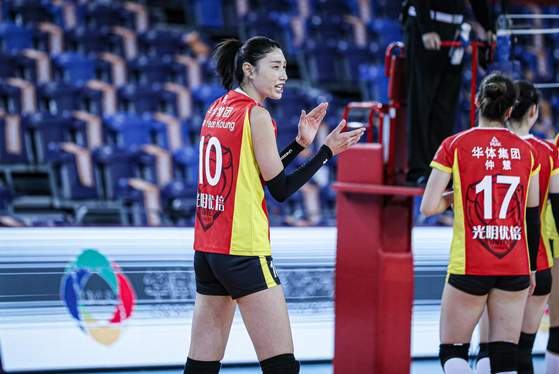 
Kim Yeon-koung scored the most points of the match during her first game of the season with the Chinese club Shanghai Bright Ubest Women's Volleyball Club on Saturday.

Kim led the Shanghai club to a decisive win in three straight sets against Liaoning Huajun Women's Volleyball Club on Saturday, scoring a total of 17 points.

Saturday's match was the first time in 111 days that Kim has hit the court. The last time Kim played was the bronze medal match against Serbia at the 2020 Tokyo Olympics. But her form was impeccable as it had been at the Tokyo Games. 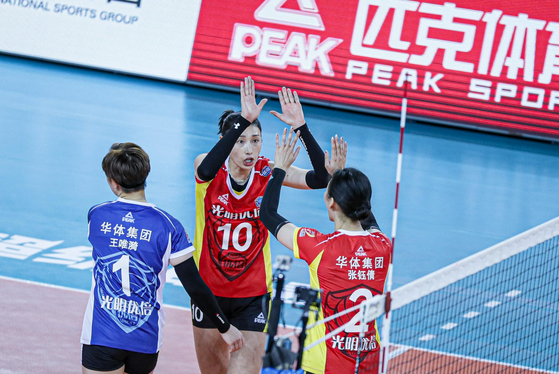 
Ahead of the opening of the season, the Chinese Volleyball Association announced a new rule limiting the maximum number of foreign players playing at a time to one per team instead of two. As the top two players of Shanghai are Kim and Jordan Larson of the United States who was named MVP at the Tokyo Olympics, the rule worked against the club.

On Saturday, Kim made the starting list while Larson was substituted in during the second and third set. 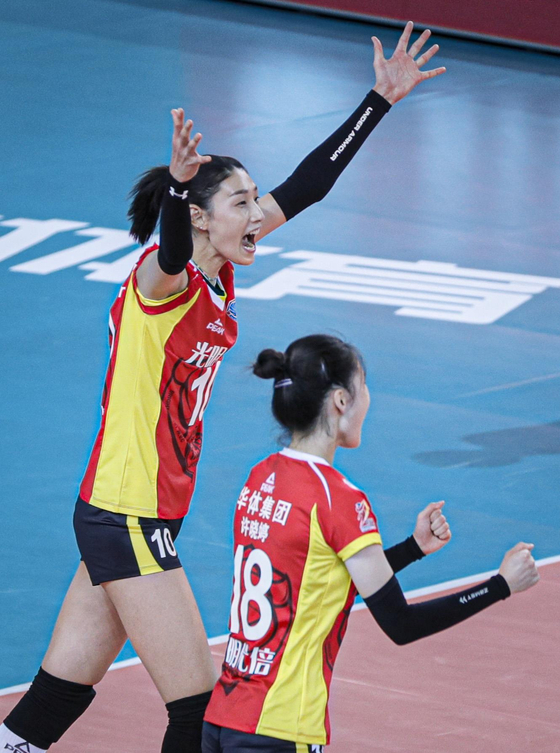 
Kim is the face of women's volleyball, having dedicated the best part of 20 years to the Korean national team, rising through the ranks from an exceptionally talented high school student to a seasoned veteran and the talismanic captain of the squad. She first wore the Taeguk mark in 2004 at the Asian Junior Women's Volleyball Championship. Then, in 2005, when she was still a student at Suwon Hanil Girls High School, Kim was called up for her first senior match at the FIVB Volleyball World Grand Champions Cup.

The rest is history. Kim has appeared at three Olympics, four Asian Games and three World Championships with the national team, captaining it throughout many of those tournaments. Away from international events, it quickly became clear that Kim may be the greatest volleyball player Korea has ever produced, and her career took her to play in far more competitive leagues in China and Turkey.