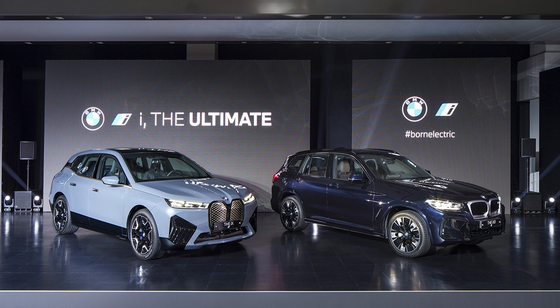 Until now, the premium EV market was a niche with only a few models available including Mercedes-Benz's EQC, Porsche's Taycan and Tesla's Model S.

Next year, niche will give way to a full-blown segment.

BMW, one of the earliest players in Korea's EV market with its perky i3 hatchback in 2014, started sales of the iX3 SUV and iX SUV this month.

The iX3, which is based on the German carmaker's flagship X3 midsize SUV, gets 344 kilometers per charge according to Korea's Ministry of Environment. The iX SUV, which was designed from scratch as an EV model rather than as a modification of an existing internal combustion engine model, gets 447 kilometers per charge. The iX is slightly bigger than the iX3.

Sticker prices for the iX3 start from 75 million won ($63,000), and for the iX from 122.6 million won. The iX is not eligible for government subsidies to encourage EV purchases. EVs that cost more than 90 million won don't qualify for subsidies from central or municipal governments.

Despite the hefty sticker price, response is already good, according to BMW Korea.

"There were 2,000 pre-orders placed for the iX, which is on par with the quantity earmarked for Korea through next year," said a BMW Korea spokeswoman. "If an order is placed today for the iX, you would have to wait until the end of next year to get the car."

BMW Korea will also start importing the i4, the electric version of its 4 Series coupe-styled sedan, in the first quarter of next year. 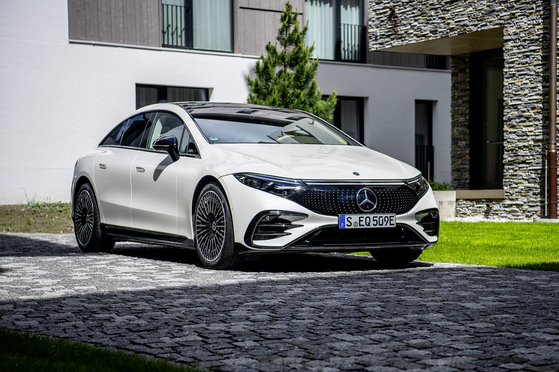 Starting with the EQS, an electric equivalent of the S-Class that started sales in Korea this month, the German carmaker is bringing three new electric models to Korea next year -- the EQB, EQE and the AMG EQS 53 4Matic -- although specific timings haven't been announced.

The EQS which can run 478 kilometers on a single charge sells for a minimum of 177 million won. No subsidy will be given.

Audi Korea is offering at least three new electric models. It is planning to launch the e-tron GT and RS e-tron GT, both of which are performance-focused models, by the end of this year and the Q4 e-tron next year. Their Korean price tags haven't been confirmed but the e-tron GT starts from 99,800 euros ($110,000) in Europe and the RS e-tron GT from 138,200 euros.

Demand for premium models has been growing in Korea.

Some 54,386 imported cars that cost more than 100 million won were sold in the first 10 months of the year, according to the Korea Automobile Importers and Distributors Association, 58 percent more than the previous year.