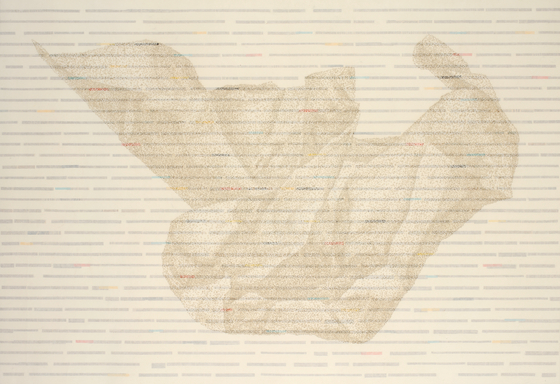 
Lee Gil-ou is a Korean artist who uses incense sticks to burn thousands of small holes into hanji, or Korean traditional paper, then overlaps the paper to create one complete artwork. In an interview with the Korea JoongAng Daily on Nov. 23, the 54-year-old artist likened life to burning incense.

“A burning incense stick doesn’t go out on its own until it completely turns into ash," Lee said. “You could say that [the process of an incense stick burning] is similar to the life of an artist. One must constantly agonize in creating new work until their final breath.”

Lee’s solo exhibition, “108 and Stone,” is being held at Sun Gallery in Jongno District, central Seoul. The name “108 and Stone,” Lee explained, is based on his views on everyday life. Lee was touched when he learned that his wife would frequently do 108 prostrations (a gesture used in Buddhist practice) toward a small moon jar filled with water in their living room to wish for luck and fortune for their family. He also believes that stones represent his own artistic values, as he aims to draw significance out of something that may seem feeble or worthless. 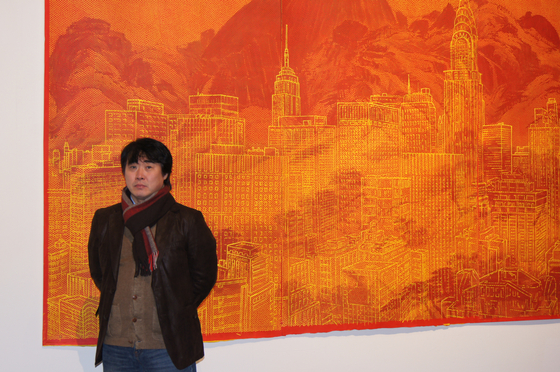 
About 35 pieces are on display, depicting various imagery such as moon jars, an outdoor cafe in New York and his son. The beauty in Lee’s artwork can only be truly comprehended when they are viewed up close. Stripes of old newspapers from when Lee went abroad on business trips, collages of colorful hanji and most importantly, thousands or perhaps even millions of small holes make up the entirety of each piece.

They all add up to portray the contrasting concepts of “desire and deficiency.” Lee cited two of his pieces: “Want to Fly, Bird” (2020) and “Sticky, Quench Thirst” (2021), as examples.

“This is actually [a picture of] a used tissue [shaped like a flying bird],” Lee said, while pointing at “Want to Fly, Bird.” “Two thoughts are colliding: the desire to fly and the deficiency of not being able to. In the end, I hope to convey tranquility with messages of the ‘middle path’ [a Buddhist ideology that seeks to avoid two extremes of practical life].”

The same goes for “Sticky, Quench Thirst.” By drinking from the can of coke, it may have quenched one’s thirst but soon afterward, one will get a sense of discomfort because of the carbonated drink’s “stickiness.” 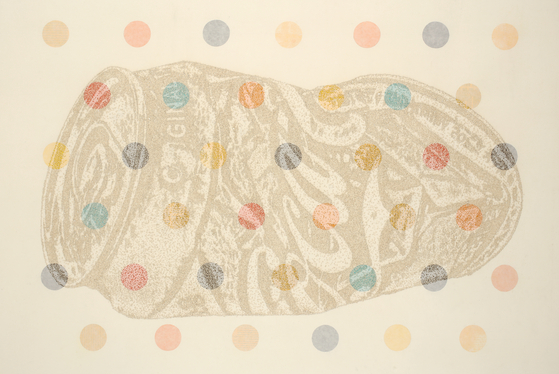 
The ideas for Lee’s artworks usually come from his experiences in his daily routines, but his family, particularly his mother and son, are also huge inspirations to him. He was heavily moved by Italian sculptor Michelangelo’s “Pietà,” which he said reminded him of his mother, whom Lee said is in a nursing home due to dementia. This inspiration led him to create “Mother and Son” (translated) (2021).

Lee especially values his childhood as a source of inspiration, as he believes times back then were simpler.

“When I was young, we had an analog television with antennas,” Lee said, “and there would be glitch lines on the screen. I wanted to recreate that in my works, so I digitally copied newspapers and cut them into thin strips. I used newspapers to illustrate how the world is so complex these days — these articles may have seemed like your everyday, regular ones, but when you get a closer look so many incidents happened every single day.” 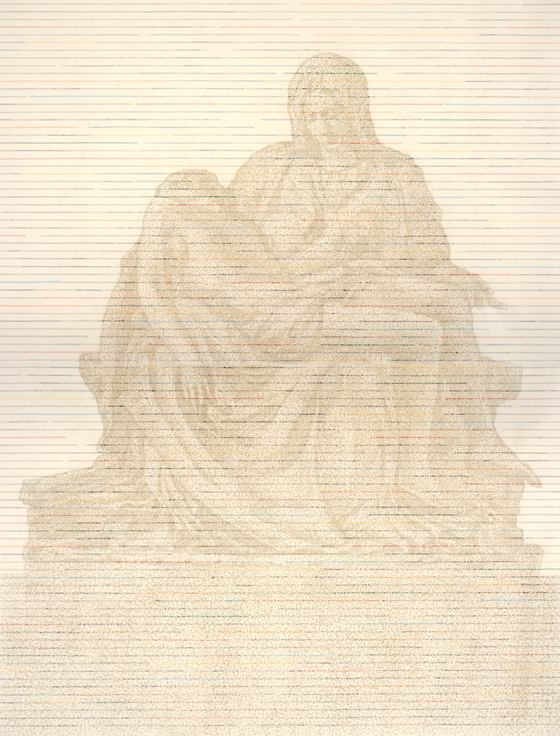 
When asked how he felt while creating the pieces on display, Lee replied, “Personally, I was able to reflect on myself more deeply. I guess you could say that spreading these messages of healing would be my ultimate goal.”