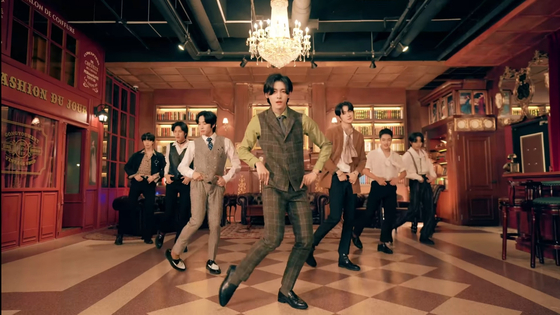 
A new boy band named Trendz will debut in January, its agency Interpark Music Plus announced on Monday through its official social media channels.

Interpark Music Plus is a subsidiary of Interpark, a platform for ticket purchases, travel reservations and more.

The agency also released the logo for the new seven-member boy band.

Previously, the agency had called the band by its tentative name — Inter Boys. The band had released videos in August covering songs of other well-known boy bands, like BTS or Stray Kids, to garner some public attention.

Prior to the release of the official name, the members held a live chat with fans on Sunday, and said that from Monday they will no longer be the Inter Boys and talked about how they've prepared for their debut.