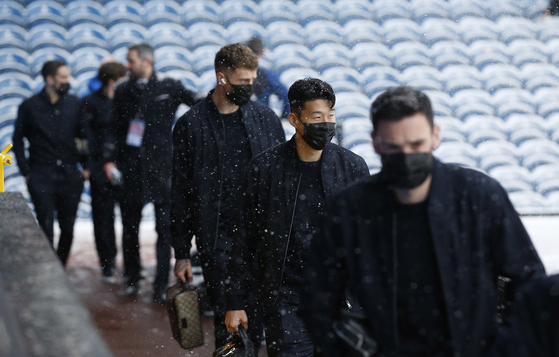 Tottenham Hotspur's Son Heung-min walks next to the pitch with teammates at Turf Moor in Burnley, England, on Sunday as snow falls before the match. Tottenham's match against Burnley was called off due to heavy snowfall. [REUTERS/YONHAP]