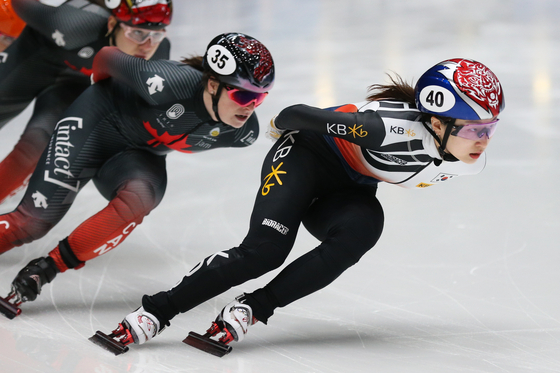 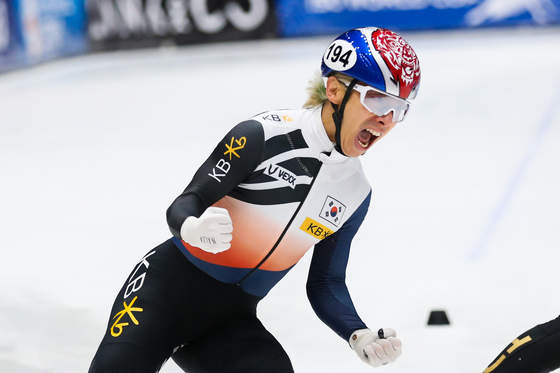 
Choi Min-jeong took gold in the women’s 1000-meter race while Park Jang-hyuk, Park In-wook, Kwak Yoon-gy and Kim Dong-wook took gold in the men's 5000-meter relay in the fourth round of the 2021–22 ISU Short Track Speed Skating World Cup in Dordrecht, in the Netherlands on Sunday.

Choi won with a time of 1:28.417 ahead of Kim Boutin of Canada who came in second and Suzanne Schulting of the Netherlands who came in third. Boutin took a lead with only three laps left to go but Choi pulled off a big comeback in the last lap, crossing the finish line first.

It is also some redemption for Choi, who is one of the world's top women's short track skaters. Not only does Choi have two Olympic gold medals and 12 World Championship gold medals, she also holds the current world record of 2:14.354 in the women’s 1500-meter, which she set on Nov. 12, 2016.

However, Choi was injured after competing in the first World Cup in Beijing from Oct. 21 to 24 and missed out on the second round in Nagoya, Japan. 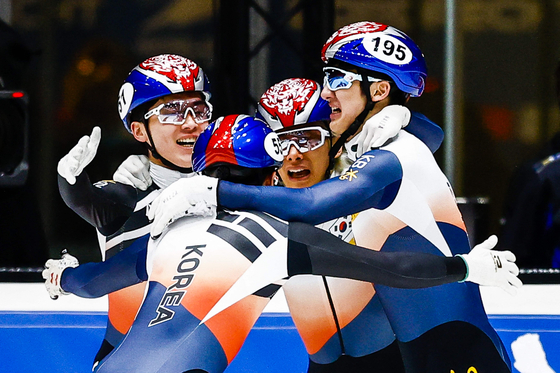 Park Jang-hyuk, Park In-wook, Kwak Yoon-gy and Kim Dong-wook celebrate after winning the gold medal in the men's 5000-meter relay in the fourth round of the 2021–22 ISU Short Track Speed Skating World Cup in Dordrecht, in the Netherlands, on Sunday. [AFP/YONHAP]


Alongside Choi, the men’s team took a gold medal on Sunday with a time of 6:46.940, marking Korea’s first gold team medal at the World Cup series. Kwak was the one to finish strong in the last lap, crossing the finish line first. On the other hand, the women’s team comprised of Choi, Kim A-lang, Lee Yu-bin and Seo Whi-min, finished third in the 3000-meter race but was disqualified after making a mistake in tagging the incoming skater.

The fourth and last event in the World Cup series came to an end on Sunday, leaving Team Korea returning home with three gold medals and one bronze.

The four rounds of the World Cup serve as qualifying events for the 2022 Beijing Winter Games. The best three records of each athlete are added up and the top 32 players earn Olympic berths for the 500-meter and 1000-meter race while the top 36 players earn 1500-meter Olympics berths.

Team Korea have now earned three berths in all events excluding the men’s 500-meter where they only earned two berths. At the Olympics, no more than three athletes from the same country can compete in a single event.