Dec. 3 and 4: Following the success of the National Dance Company of Korea’s production of “Hol Chum,” the dance troupe upgraded the performance and will stage “Hol Chum II.”

The performance features seven veteran traditional Korean dancers who have danced on the professional stage for more than 30 years. Each performer will take a turn on stage to show off traditional dances that have been reinterpreted in their own styles in an attempt to "rewrite tradition," according to the National Dance Company of Korea. The first half of the performance will showcase highlights of the first version, while the second part will feature new dances by new dancers.

More information on other dancers' performances is available on the webpage of the National Theater of Korea.

Hwang has always said that he’s life is like a “movie.”

He had remained in obscurity for nearly a decade after his 2007 debut, but experienced a reversal of fortunes in 2016 when China’s Hunan satellite TV invited him to participate in the fourth season of “I Am a Singer,” a Chinese adaptation of the popular Korean singing competition program.

His last concert was in 2018, which was organized to mark the release of his EP “Be Myself.”

Hwang, who has a large following in Chinese-speaking countries, has showcased his new albums in other Asian regions such as Taiwan, Hong Kong and Japan.

Dec. 17 – 31: “Après girl” by the National Changgeuk Company portrays the life of Park Nam-ok (1923-2017), Korea’s first female filmmaker. The piece had its acclaimed premiere in 2020. In the 1950s, when women’s social activities were not encouraged, Park did not give up on her dream of becoming a filmmaker. Despite many hardships and despairs, she finally produced “The Widow,” a major work in Korean film history.

“Après girl” crosses between the life of Park, who created her film while carrying her baby on her back, not to mention cooking for the actors and staff. Director Kim Kwang-bo and playwright Ko Yeon-ok have worked together closely for the piece, reflecting on the issues of our immediate reality and making sure the result is entertaining for the audience as well.

The performance begins at 7:30 p.m. on Tuesdays, Thursdays and Fridays and at 3 p.m. on Wednesdays and weekends. 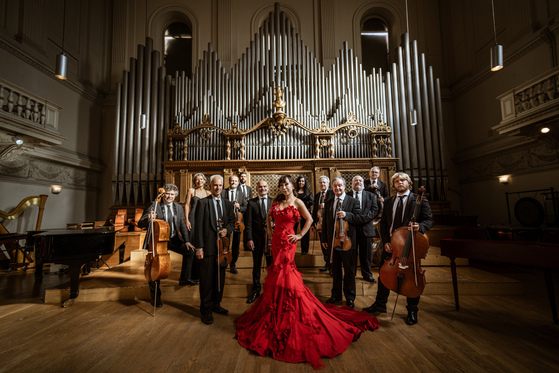 Soprano Sumi Jo, who is celebrating her 35th anniversary of debut, will be kicking off her Korean tour together with Italian ensemble I Musici Di Roma on Dec. 11. [ALESSANDRO PETRINI]

Dec. 23: Korea’s legendary soprano Sumi Jo is holding a series of concerts across the country to celebrate the 35th anniversary of her debut together with Italian chamber orchestra I Musici Di Roma, which also celebrates its 70th anniversary. Jo recorded her latest Baroque album together with the Italian ensemble.

The album titled “Lux. 3570” is set to be released just before the tour kicks off on Dec. 11. They’ll be performing some of the songs on the new album including Scarlatti’s “Sposa son disprezzata from Pastiche Opera ‘Bajazet,’” Bach’s “Aria from Orchestral Suite for strings n.3 in D Major BWVJ068” and Haendel’s “'Se Pieta’ from the Opera ‘Giulio Cesare’ HWV17,” among others.

Jo’s tour will hit seven different cities before ending in Seongnam Arts Center in Gyeonggi on Dec. 23. Tickets for all the stops on the tour — Seoul Arts Center, Incheon, Busan, Sejong, Eumseong and Iksan — have already sold out apart from Seongnam. Tickets for the last concert will go on sale from Dec. 1 at 2 p.m. 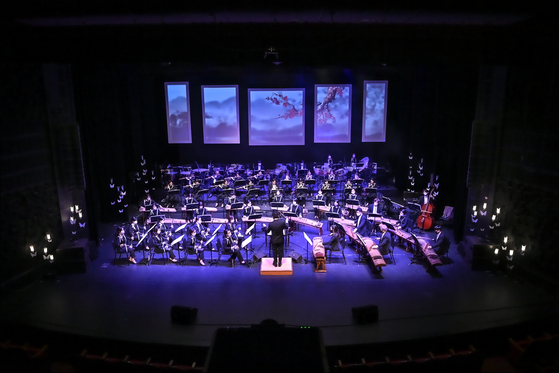 
Hwang Sun-mi directed the documentary that will be played on the backdrop behind the orchestra. A total of five pieces will be played under each theme. Two of them have been commissioned to young gugak, or traditional Korean music, composers for the concert.