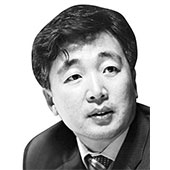 
“History is a continual dialogue between the past and the present,” British historian and politician scientist E.H. Carr (1892-1982) said in his book “What is History?”, a must-read for university freshmen in the 1980s. His approach hits the nail on how to interpret and record history. His outspoken admiration of the Soviet Union, which had been a basis for his research, and even Hitler, caused controversy, but his contribution to historiography cannot be denied.

History cannot be a simple accumulation of the facts from the past. The present constantly interferes with the past, and the present is an ongoing process. In short, there cannot be a permanent interpretation of the history. It is a dangerous thought to allow a government with a limited term to influence historical interpretation through power. The government under former president Park Geun-hye attempted to nationalize the publication of school history textbooks, and now the ruling Democratic Party (DP) is pushing a law banning distortion in history. DP presidential candidate Lee Jae-myung wants to go further and turn the bill into one that will penalize those who distort history. The thought can only come from a revolutionist regime or under a rule of terror.

His latest comment on the Taft-Katsura Agreement — a result of a 1905 discussion between senior leaders of the United States and Japan on recognizing Japan’s dominance of Korea in return for Japan’s acceptance of the U.S. in the Philippines — can suggest Lee’s thoughts on history. He told a visiting U.S. Senator that Korea was annexed to Japan as a result of the Taft-Katsura exchange to blame the U.S. for the colonization. 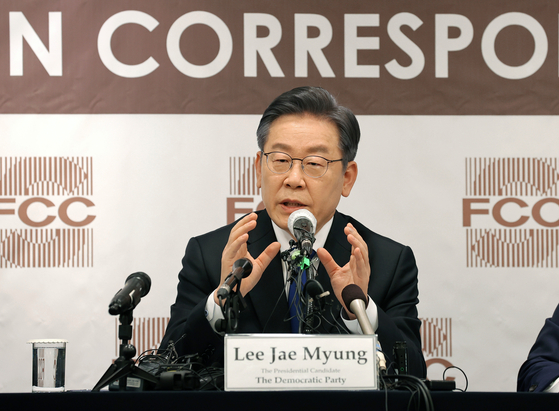 Lee’s comment was not just diplomatically impolite, but also logically exaggerated from a partial understanding of history. Even if the two nations mutually consented to the certain rights, the move could not have immediately led to the annexation. In such a light, Britain — which helped Japan win the Russo-Japan war by forming a military alliance — should be held more accountable for the forced annexation of Korea into Japan.

International society also could share responsibility for condoning Japan’s annexation in 1910. The time was the peak period of imperialism. But Lee’s thought suggests putting the blame for annexation on others instead of inner rumination on the lack of self-defense. Nothing can be learned from history when scapegoats are found. Lee is negative towards the birth of the South Korean government in 1948 after liberalization. He claimed the nation could not have “started off clean” due to the collusion of the pro-Japanese forces in Korea and the U.S. military. His thought on making a penalizing law on history could have stemmed from such a bias.

I am not arguing that Lee must change his thoughts just because I disagree with them. He has the freedom to his ideas and beliefs. There are many who would agree with his thoughts. Such differing views should exist in a free democracy. But I cannot agree with the thought of using the power and authority to force the historical view of a certain ideology to the broad society.

Whether one calls Americans occupants or liberators of Koreans, the view cannot be defined as wrong by a sitting government and therefore punished by law. The boundaries of interpretation and distortion are blurry. There are plenty of existing laws that can regulate and punish those resorting to violence and defamation on others based on historical views to suit a personal agenda. But the idea of enacting a separate penalizing law can come from arrogance with the thought of commanding the history.

“Who controls the past controls the future,” is a famous quote from George Orwell’s novel “1984.” I had referred to the quote in my earlier column on the Communist Party of China elevating Xi Jinping to the ranks of national founder Mao Zedong. Unfortunately, Orwell’s prophesy also applies to Korea of today.