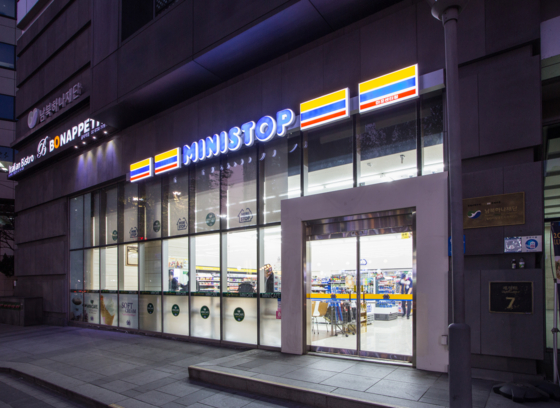 
Ministop Korea, the fifth largest convenience store franchise in the country, is up for sale, again.

Ministop Korea is operated by Ministop, headquartered in Chiba, Japan.

Full ownership of Ministop Korea has been put up for sale, according to local media reports citing investment bankers.

The company has been hit hard by Covid-19 and an informal boycott of Japanese brands, which started when Japan restricted the export of key materials to Korea in 2019.

Ministop Korea was put on the market in 2018, but the deal was eventually scrapped by the parent company.

Ministop Korea did not comment on reports of the latest deal.

Ministop Korea was once the fourth largest market player but fell behind Emart24 in 2017.

"While the four other convenience store chains grew steadily over the past years, growth at Ministop has been stagnant," said one competitor. "It seems to have lost competitiveness because it was focused more on stability rather than growth. For this new deal, the price must be lower than the mid-400 billion won($360 million) that was offered in 2018."

Specific pricing for the new deal has not yet been disclosed, but its estimated price is around 200 billion won, according to a report by local media outlet Hankyung.

A convenience store chain that buys Ministop Korea is expected to solidify its presence in Korea's convenience store market because having more branches creates economies of scale, which give better sourcing ability, according to the competitor.

Others suggest the number of branches matters less in the already saturated market, making Ministop Korea less attractive than it was in 2018.

"Running more branches usually creates more contact points with customers, eventually resulting in increased sales," said Choi Yoon-hee, an analyst at Meritz Securities. "But growth driven by the quantity of stores operated seems to have ended as the number of customers per store is going down."

The number of customers per convenience store last year was 1,297 in Korea verses 2,292 in Japan.