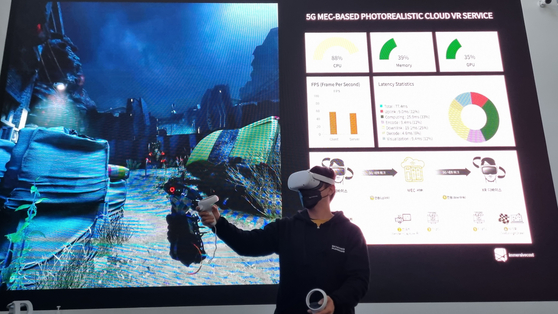 
For a peek at the metaverse, that big buzzword of our times and apparent destination for many aspirational entrepreneurs, come to Coex and try some 21st Century shopping.

You will be able to roam around a virtual shopping mall with an avatar and check out the latest home appliances from LG Electronics. If you really like one, you can pay for the product and have it delivered to your home.

This shopping experience is offered by local start-up Seerslab at the Avatar Studio, part of the Metaverse Playground in Coex.

The Ministry of Science and ICT is behind the exhibition, which is meant to highlight Korea's lead in the race to the metaverse.

In May, the ministry kicked off its Metaverse Alliance to co-develop metaverse-related projects and businesses with local tech companies. It was joined by leading companies in various fields including Samsung Electronics, Woori Bank and Shinhan Life Insurance.

The ministry officially added metaverse projects to the government’s Digital New Deal initiative in July, vowing to spend 150 billion won ($127 million) on the metaverse, blockchain and cloud networks next year. The Digital New Deal is a set of policies announced in July 2020 to accelerate Korea's digital transformation. 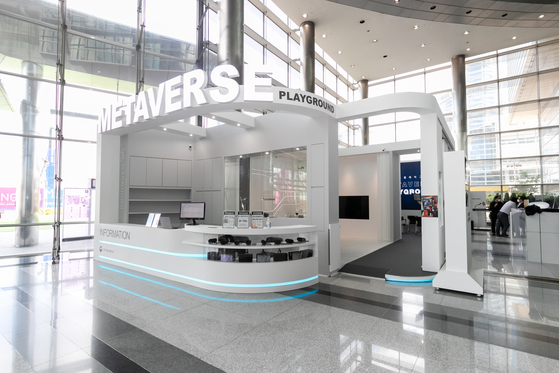 The Metaverse Playground located inside Coex, southern Seoul, is open until Dec. 16. [MINISTRY OF SCIENCE AND ICT]


Since the metaverse remains a vague notion to the laymen, the ministry set up the Metaverse Playground in Coex, southern Seoul, to help people understand its potential through hands-on experience.

“It’s difficult for people to experience technologies related to the metaverse in their daily lives, because the infrastructure needed for it to run on — such as 5G networks and augmented reality [AR] gadgets — are not easy for people to come by,” said Kim Hee-hyun, a spokesperson for the science ministry who led a press tour on Monday.

“Here at Coex, we’ve set up 5G cloud network equipment in the basement to allow our gadgets to run smoothly. We hope that the Metaverse Playground gives people a chance to get to know the idea better and see what the future will look like."

The Metaverse Playground is made up of two sections: an introduction to the internet of things (IoT) through AR and an exhibit of metaverse-related technologies including AR gadgets and virtual reality (VR) content.

Visitors are first welcomed into a room decorated like a household living room while wearing AR glasses.

Reporters sit down in the living-room-like space within the Metaverse Playground wearing augmented reality (AR) gears, where a virtual avatar performs some tricks to illustrate how the internet of things (IoT) works. [MINISTRY OF SCIENCE AND ICT]


Inside, a virtual avatar performs some tricks to illustrate how IoT works. It commands the curtain to open and the lights to come on, asks for a smart speaker to recommend and play a song, then tells the air purifier and robot cleaner to take care of the room.

All the while, the avatar asks visitors to clap and cheer for him. If they don't comply, it asks again.

“Isn’t this all so amazing?” he asks a reporter, waiting for a “yes.”

The experience continues in the second section, an exhibit room featuring AR gadgets and VR content created by companies that have been funded by the science ministry.

Moim, for instance, is a metaverse platform developed by a company called grid that is dedicated to education. Its lecture-room feature allows users to share files with each other and play videos as if in a real classroom, while students’ avatars clap and raise hands to interact with the teacher through non-verbal language. 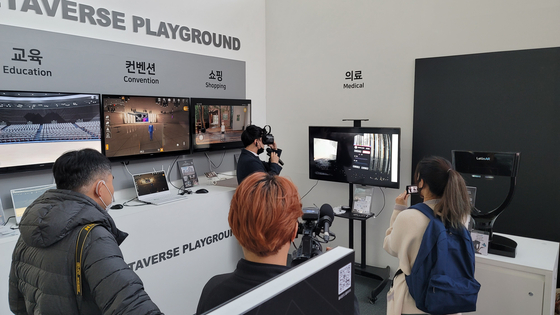 Local companies introduce their virtual reality (VR) content during a press tour of the Metaverse Playground on Monday in Coex, southern Seoul. [MINISTRY OF SCIENCE AND ICT]


Real, developed by Vibetech, specializes in large-scale conferences and exhibitions. It can accommodate up to 1,000 people in the same virtual space at once, the largest scale for any local metaverse platform.

AR gear developed by Omni C&S, LetinAR, Nreal and Magic Leap are on display and available for visitors to try.

One highlight is the cloud VR game Alyx. Rather than having to download a game to computers or mobile phones, cloud gaming allows users to log onto a game that is already on a cloud server and enjoy the game on any gadget that has access to a 5G network.

“It’s like streaming a video on your mobile phone,” said Eom Hee-yoon, the manger of the next-generation media promotion division at the Korea Radio Promotion Association.

“The latest 5G technology allows near-zero latency in the network connection, which means people won’t be able to tell the difference between a game that’s downloaded on their device and a game that’s not. In the future, all games and content will be available in this format.” 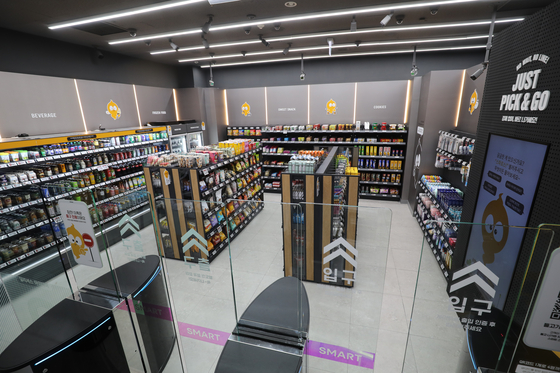 The Emart24 Smart Store, located within Coex, southern Seoul has 20 cameras that analyze visitors’ movements. [MINISTRY OF SCIENCE AND ICT] 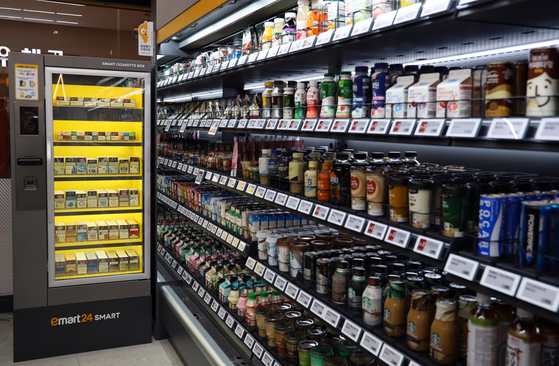 Emart24 Smart Store, located within Coex, southern Seoul, has shelves equipped with weight sensors that allows the automated program to figure out which product a customer has picked up. [MINISTRY OF SCIENCE AND ICT]

AR glasses used a navigational system to lead the reporter to the Emart24 Smart Store deep within the Coex shopping mall, which is notorious for its complicated layout. The AR glasses showed the way, and also displayed information about the restaurants the reporter passed, such as their menus and prices.

The convenience store’s automated program, dubbed Spharos, welcomes customers as they enter. You can ask Spharos questions, such as how to find a particular beverage or how payment is made.

The shop’s shelves are equipped with weight sensors and 20 cameras that analyze visitors’ movements. Shoppers are automatically charged for anything they leave the store with — without having to pull out any form of payment from a wallet.

Registration of credit card information must be done before entering the store.

“There are many unmanned shops around the world now, but the Emart24 Smart Store focuses on giving the most convenient experience to customers,” said Han Su-woong, general manager at the Spharos planning team at Shinsegae I&C.

“We monitor the shops from a central control tower and make sure that we can deal with any accidents that occur. For instance, if somebody collapses, the automated system will alert the control tower and they immediately call for help.”

The Metaverse Playground is open until Dec. 16. The experience zone is free and no reservations are needed.