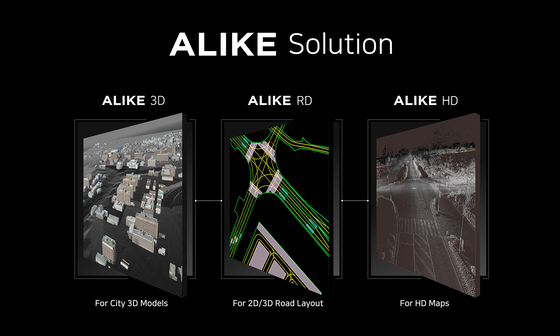 
Naver has introduced a metaverse to create a digital realm replicating the physical world in a push to capitalize on the global craze for the technology.

Arcverse is a one-to-one replica of the real world transformed into 3-D mapped data that's saved onto a cloud network system.

Drawing upon the experience of running Zepeto, one of Korea’s most popular metaverse platforms, Naver said Wednesday that the new metaverse is meant for tech companies and governments rather than ordinary online users leaning towards social networking.

Currently, Arcverse covers Seoul. Naver Labs has taken 25,000 photographs of the city that have been compiled and analyzed to build a detailed archive of the city landscape.

It is not just a 3-D collection of photographs. The information within the photographs — such as the height of the buildings, the composition of the roads and traffic systems — are all analyzed and translated into data that can be used for diverse purposes.

One such example is the S-Map that Naver Labs has co-developed with the Seoul Metropolitan Government. The S-Map, the 3-D map of Seoul, provides engineers a testbed for urban planning by offering various functions, such as wind movement simulation.

A similar project is ongoing in collaboration with Tokyo’s SoftBank. Naver Labs says it has created a similar 3-D map of a Japanese city with SoftBank and is in talks with the company to expand the project further to other cities in Japan.

The platform could potentially be used as the database for self-driving cars and automated robots, the company said.

Naver Labs ultimately aims to create a 3-D map of the globe, according to Seok Sang-ok, CEO of Naver Labs. 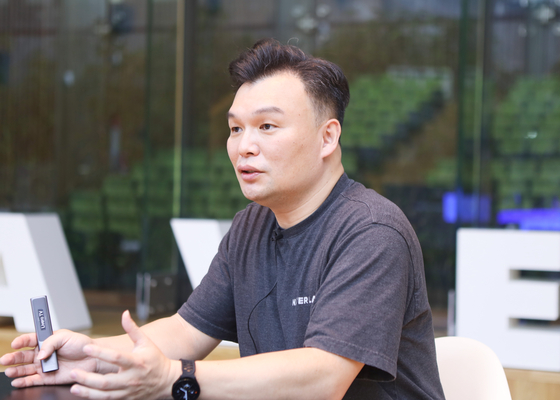 
"Basically, we have created a tool that allows for precise 3-D modeling of the real-life world that can easily be fixed, changed and managed," Seok said.

"The time and labor needed to build a 3-D twin of the world from scratch are huge, but we have provided an easier solution that has both precision and scalability, that we believe is the best in the world."

Seok emphasized that the technologies that helped Arcverse come to life also hold major potential as future tools for other companies to use.

The company first needed to gather and analyze the photographs so that it could bring out meaningful data from the 2-D visuals. The Alike data-processing program is used for that data analysis, which is also responsible for the accurate one-to-one measurement of the buildings and landscape.

Another key technology used to create Arcverse is ARC.

ARC — shorten for artificial intelligence (AI), robot and cloud network — uses 5G networks to operate “brainless” robots that do not have their operating systems, but a central brain set up on a cloud network.

The technology will allow brainless robots to operate inside Naver’s new headquarters currently under construction in Bundang, Gyeonggi. In the future, the Arcverse map will become the basis upon which robots and self-driving cars can operate on across the country. Smart buildings can also be controlled on the Arcverse.

Since Alike, ARC and Arcverse are practically already in use, Naver Labs does not have a start date for the new platform. But the new headquarters will mark an important milestone in Arcverse’s history, the company said.

“The key goal of Arcverse is to let people know that there are no boundaries in technology,” said Seok. “Taking the example of our cooperation with SoftBank, we believe that Arcverse will become an important pillar in Naver’s overseas global competition.”

Naver Z, the operator of Zepeto, said Wednesday that it will raise 223.6 billion won ($189.4 million) from SoftBank and Korean entertainment companies by issuing new shares. It will be selling its stock to SoftBank, HYBE, YG Plus, JYP Entertainment, Naver Webtoon and more.