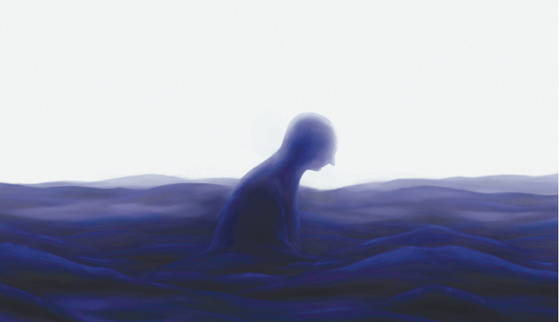 Beating depression brings its own challenges during the Covid-19 pandemic


Eunice Cho was accepted to the University of Southern California two years ago, but she has barely been able to enjoy campus life. Over the past 16 months, she’s been taking all her courses online — at her home in Korea.

“I actually felt quite down for a couple of months and I became less excited about life in general,” said Cho.

Her coping mechanism used to be meeting friends, but that’s no longer an option and she now feels “guilty” about meeting people due to warnings from health authorities to minimize social interactions.

When she’s not in class, Cho tries to take her mind off her anxieties by reading.

“Reading makes me feel less blue because I can feel the author speaking to me,” she said.

“Feeling blue” has long been used to describe feeling depressed or sad, but its been taken to a whole new level by the coronavirus pandemic.

The “corona blues” is a new type of depression caused by self-isolation and social distancing during the pandemic. With no end in sight for the global health crisis, some studies recently show a large number of Koreans suffering from the corona blues.

According to a survey from Job Korea announced in early July, about 85 percent of adults said they felt one of the following: Anxiety, lethargy, depression, frustration and despair.

Kim, a 21-year-old college student living in Korea who asked not to be named, said he was both depressed and angry over the pandemic.

“I’m under a lot of stress because I can’t enjoy meeting with people,” said Kim. “Because I cannot meet people, I feel like my quality of life is decreasing. I became sensitive because I could not relieve my stress. I hope the day comes when I can take off my mask as soon as possible.”

Kim’s hobby was exercising, but that has been greatly restricted since new social distancing rules came into effect last year. Fitness centers have either been closed or operated under limited hours since then.

Kim Jee-eun, 35, the director of the Soro Orot Institute, a counseling group for multicultural and social justice issues, said that the number of people complaining of depression has increased throughout the pandemic.

“Compared to last year, the number of people complaining of depression at counseling centers and talking about suicide has increased,” said Kim. “As time went by, more and more people started to get depressed, and overall, I felt that the people who come to the counseling center were having a hard time.”

“I think it’s necessary to keep telling the people around you how you are, so that you don’t get isolated by yourself.”

Son Eun-jin, a dance therapist, said that the corona blues may have been worsened by the recent implementation of Level 4 social distancing measures in the Seoul metropolitan area.

Son suggested some therapeutic strategies to cope with these negative emotions:

“How about creating a personal daily routine to maintain the rhythm of everyday life, such as your own healing point,” Son said. “Simple stretches or movements can help expand hardened emotions.”

Son suggests some simple stretches that people can do to help build a routine: First stand up, then raise both arms and lift your heels; take a deep breath and hold the position; exhale as if you are a deflating balloon, and then relax and sit down.

Son recommends that people try doing simple stretches while moving along to their favorite music to help enhance the effect.

Stretching is just one of the ways that experts recommend fighting the corona blues.

MILWAUKEE2021 Seeking a vaccine for the corona blues