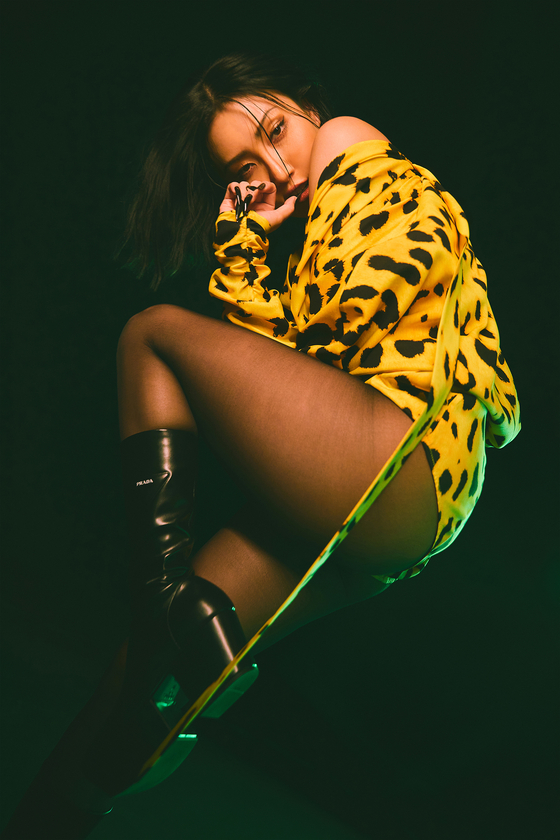 
Two tracks on Hwasa’s latest single album “Guilty Pleasure” made it into the top 10 on Billboard’s World Digital Song Sales Chart, according to Billboard on Wednesday, a first for a female K-pop solo artist.

There are three tracks in the album, which dropped on Nov. 24.

Hwasa wrote the lyrics for “I’m a B.” “B” refers to both the commonly associated pejorative word in English and a similar-sounding Korean word, meaning “light.”

Hwasa is a member of Mamamoo. She made her solo debut in 2019 with “Twit.”