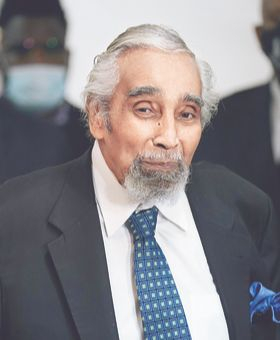 Korean Defense Minister Suh Wook and JoongAng Ilbo CEO Park Jang-hee presented the award and medal at the Hilton Hotel in Jung District, central Seoul, to Rangel, who served in the 1950-53 Korean War from August 1950 to July 1951.

The JoongAng Ilbo is a sponsor of the award, named after the famed Korean general critical in establishing the early military ties between the allies.

Rangel enlisted in the U.S. Army and served from 1948 to 1952. During the Korean War, he was an artillery operations specialist in the all-black 503rd Field Artillery Battalion in the 2nd Infantry Division.

Rangel's unit arrived in Busan in August 1950 and began moving north during the United Nations advance into North Korea.

After the Chinese intervention in the war, the 2nd Infantry was encircled by the Chinese army as it held a road position near Kunu-ri to allow the Eighth Army to retreat to Sunchon, 21 miles further south. Rangel’s battalion was trapped and attacked by Chinese forces on the night of Nov. 30, after the order came for the 2nd Infantry Division to withdraw.

Rangel, though only a private, led some 40 men from his unit over the mountain during the night and out of the Chinese encirclement.

Rangel was awarded a Purple Heart for his wounds, the Bronze Star with Valor for his actions in the face of death, and three battle stars.

Following his election to the U.S. House of Representatives, first representing New York’s 18th congressional district, Rangel was one of the founding members of the Korea Caucus in Congress in 2003 and chosen as its first chair to promote bilateral exchanges and intelligence sharing.

Prior to his retirement from Congress in 2017, Rangel also supported the House of Representatives Resolution 121, which called on Japan to officially apologize for its role in forcibly recruiting Korean women to serve as sex slaves — commonly referred to by the Japanese euphemism “comfort women” — as well as a 2015 resolution which supported family reunion events for Korean Americans and their North Korean relatives separated by the war.