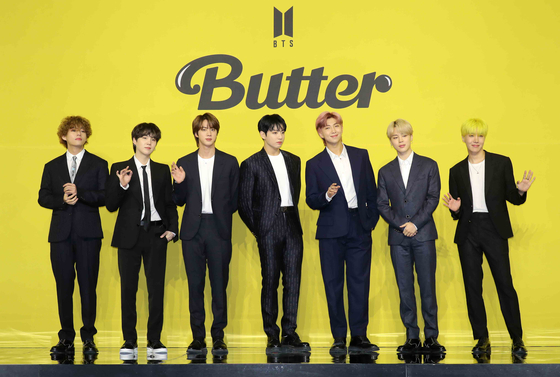 
Three of the seven members of BTS have unloaded shares of HYBE, which they received during the company's initial public offering in 2020.

In total, the performers sold almost 10 billion won ($8.5 million) worth of stock. The company's shares, which have been performing poorly in recent weeks, declined 6.38 percent Thursday.

Jin sold 16,000 shares at 302,688 won each on Oct. 19 for 4.84 billion won, according to an electronic disclosure system run by the Financial Supervisory Service.

When the agency went public, Bang Si-hyuk, founder and chairman of the company, granted 478,695 shares to BTS, to be shared equally among the seven members; each member was allotted 68,385 shares.

As of Nov. 29, Bang is the largest shareholder of HYBE, with 31.65 percent of the agency, followed by Netmarble, with 18.13 percent. Dunamu, operator of the Upbit cryptocurrency exchange, owns 5.54 percent of the company.