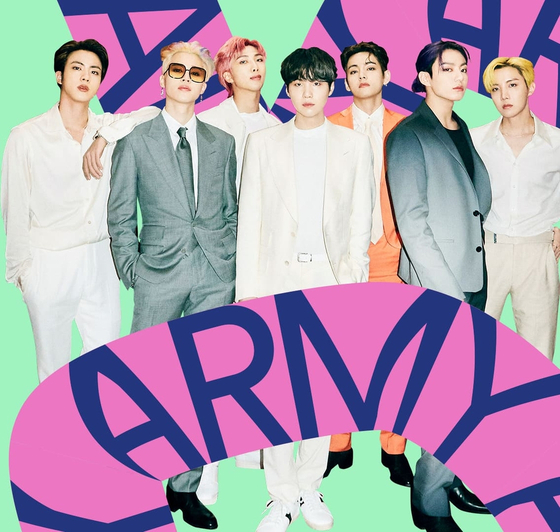 
BTS ranked No. 3 on Spotify's list of most-streamed artists in the world, following Bad Bunny and Taylor Swift according to the streaming service's annual end-of-year report.

Among Korean artists, BTS was the most streamed, followed by girl groups Blackpink and Twice, and boy bands Stray Kids and Tomorrow X Together. IU ranked No. 6 on the Korean artists' list, the only solo artist to rank in the Top 10 in this category.

Spotify reported that the total number of streams from the 10 most-streamed Korean artists was 13.7 billion, a 29 percent increase compared to last year.