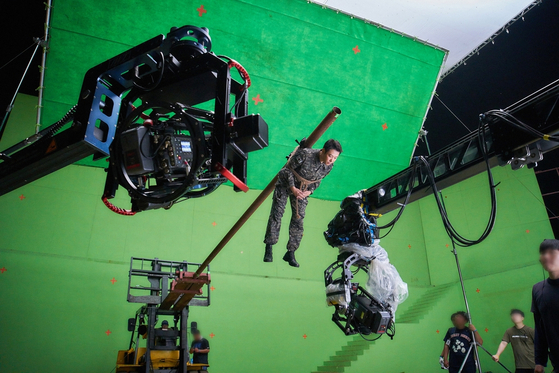 A scene being filmed for ″Along With the Gods: The Two Worlds" [KOREAN FILM ARCHIVE]

Titled “Study into the VFX domain X Dexter Studios 10th anniversary” (translated), the exhibition will be held from Dec. 14 to 21 at Cinematheque KOFA in the Korean Film Archive building in Sangam-dong, western Seoul.

The CEOs of the studio, Kim Wook and Kang Jong-ik, are also scheduled to participate in panel discussions on Dec. 15 and 16.

Dexter Studios isbehind films such as Oscar-winner “Parasite” (2019) and “Space Sweepers” (2021) and recently participated in color correction and color grading for the Netflix series “Hellbound.”