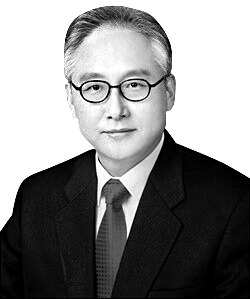 The author is a professor of international commerce at Inha University.


U.S. President Joe Biden held a virtual summit with his Chinese counterpart Xi Jinping on Nov. 15. Xi argued that the United States should acknowledge bilateral leadership and regard their relations in a mutually beneficial light to “make the cake bigger” through cooperation. Xi was reminding Biden of China’s crucial role in the global supply chain and how much of global growth hinged on China.

In a jointly written article in Foreign Affairs in September 2019, the two U.S. officials who now advise President Joe Biden on security affairs — National Security Adviser Jake Sullivan and Kurt Campbell, Deputy Assistant to the President and Coordinator for Indo-Pacific Affairs on the National Security Council — argued for engagement. The piece was entitled “Competition without Catastrophe: How America Can Both Challenge and Coexist with China.”

They pointed out how closely the two largest economies were interconnected and how China as the world’s factory is different from the Soviet Union in the Cold War days. The two contended that the United States and the rest of the world could be seriously damaged by a blockade of China. They advised the U.S. to contain China while enhancing its domestic supply networks.

U.S. Trade Representative Katherine Tai mostly supported the China-related policy under former President Donald Trump, but suggested the need for fine-tuning, which could be in line with the beliefs of Sullivan and Campbell. U.S. strategists have championed the expansion of the domestic supply chain from the early stage of the Biden administration. 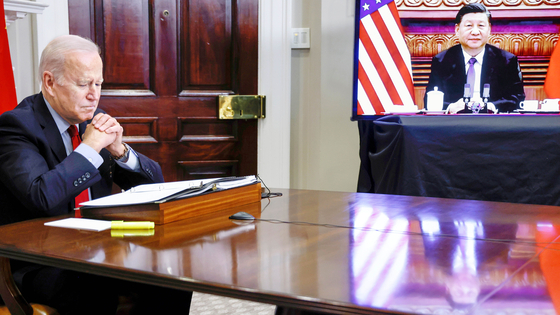 
The United States has closely conferred with the European Union and Japan on their China policy, while keeping South Korea in the cold. In September, the U.S. and EU launched the Trade and Technology Council (TTC) to coordinate their approaches to key global trade, economic and technology issues followed by an agreement to end the special tariffs on European steel and aluminum that were enforced by the Trump administration. The U.S. and Japan announced the launch of the U.S.-Japan Partnership on Trade last month to engage in trade-related matters of importance to the two countries to help find a joint reaction to China. The three biggest economies in the free world agreed to extend their partnership to tackle the non-market economic practices of China.

The United States has been imposing 25 percent additional tariffs on China to contain its non-market practices and regulating Huawei and other companies sustained by the “party economy.” Following the establishments of the Indo-Pacific alliance and the Aukus security pact to reinforce the new Cold War system, America sent invitations to 108 countries for a Summit for Democracy later this month. The U.S. is realigning a neo-Cold War international order to exclude China and other authoritarian states.

Automobile production around the globe was disrupted by instability in supplies of wiring harnesses from China. South Korea grappled with shortage of diesel exhaust fluid after China curbed exports of urea. South Korea has turned a blind eye to the U.S. campaign to reduce reliance on China for supplies and the U.S.-led neo-Cold War order. South Korean companies have a large stake in China through investments, but the Moon Jae-in administration’s friendly policy towards Beijing has prevented a proactive response to the international movement.

After the urea crisis, the government scurried to examine the risk of imports with high reliance on China. But Beijing also would be checking a list of exports for retaliatory actions against countries who exclude it. As Korea has the highest reliance on China for mass-use materials, and therefore could be hard-hit by export restrictions, authorities must hasten to diversify import routes. Finding import replacements could be cheaper than rushing to localization.

Seoul cannot easily choose between the U.S. and China due to the high stake at hand. But if it dilly-dallies in actions to join the new order, it could face even graver consequences. Korea must join the international order in line with its identity as a free market economy. It should pronounce its wishes to join the U.S.-led Indo-Pacific economic framework that will be launched early in 2022.