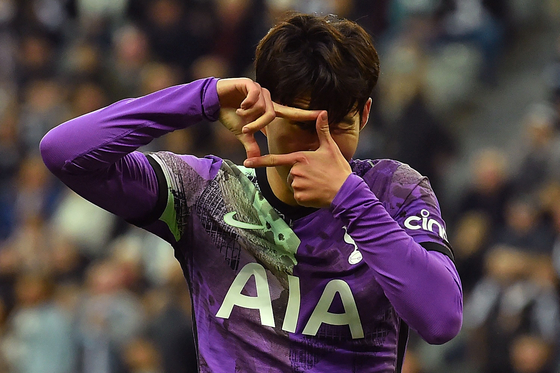 Tottenham Hotspur's Son Heung-min celebrates after scoring a goal during a match against Newcastle United at St James' Park in Newcastle, England on Oct. 17. [AFP/YONHAP]


Tottenham Hotspur striker Son Heung-min was named among the top 10 forwards in the world on ESPN's FC 100 list on Tuesday.

Son came in at No. 6 in the "Forwards" section on the annual ESPN list. Teammate Harry Kane also appeared on the list, at No. 5 in the separate "Strikers" section. Tottenham manager Antonio Conte was also recognized at No. 5 on the "Managers" list for his work with Inter Milan.

Son was praised both for his performance on the pitch and his willingness to step up and lead the squad when Harry Kane was absent during a contract dispute at the start of the season.

"With his direct, powerful movement and capacity to roam across the whole front line (though he prefers to start on the left), the Korea international is almost an entire one-man attack," ESPN noted. "On top of that, he's a good finisher, is extremely quick and is able to convert his ideas to end product in seconds.

"He stepped up in Harry Kane's absence to score the only goal in a Tottenham win over Man City in their Premier League season opener — a smart, low finish past Ederson — before netting again two weeks later against Watford to briefly put Spurs on top of the table."

The ESPN FC 100 ranks the 100 best football players and coaches in the world. The list was first published in 2016 and has been updated annually since then. 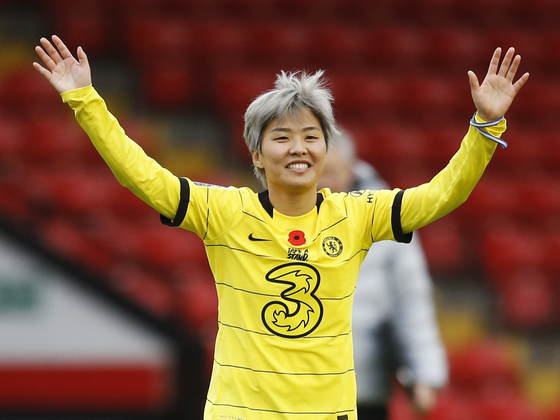 Chelsea's Ji So-yun celebrates after a match against Aston Villa on Nov. 6. [REUTERS/YONHAP]


Chelsea midfielder Ji So-yun came in at No. 18 on the list, which didn't include separate categories.

"Ji is a complete midfielder," ESPN said, "chipping in with goals and assists, but then doubling that up with an unrelenting engine in defense alongside her ability just to keep everything ticking along. The South Korean international has been at Chelsea since 2014 and integral in their rise to one of Europe's top teams."