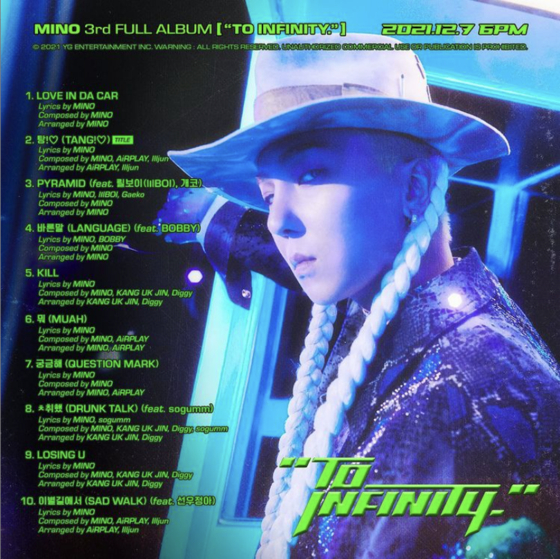 
Mino of boy band Winner will drop his third full-length album “To Infinity.” on Dec. 7.

The lead track on the new album will be titled “TANG!♡,” referring to the sound a gun makes when it is discharged, according to his agency YG Entertainment.

Mino has been teasing fans with preview photos and a track list this week via his social media accounts. The album will consist of 10 songs.

This will be Mino's first new release in a year, since his second full-length solo album "Take" dropped in October 2020.