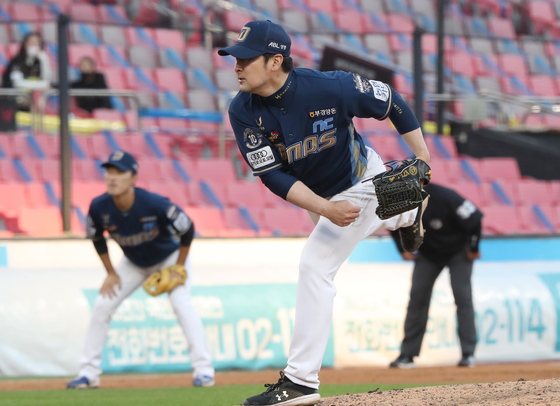 
The Doosan Bears on Friday announced the signing of veteran pitchers Lim Chang-min and Kim Ji-yong on one-year deals.

Lim debuted with the Heroes in 2009, appearing in two games for a debut season ERA of 36.00. He moved to the Dinos when the team joined the KBO in 2013, making him one of the organization's founding players.

Lim, who predominantly plays as closer, appeared in 46 games this year, finishing the season with three losses and 17 holds for a 3.79 ERA. Despite those numbers, the Dinos released Lim at the end of the season.

For the Bears, for whom pitching is often a concern, Lim could add some much-needed veteran experience. From 2015 to 2017 he picked up 86 saves for the Dinos, a league-leading number for the period. 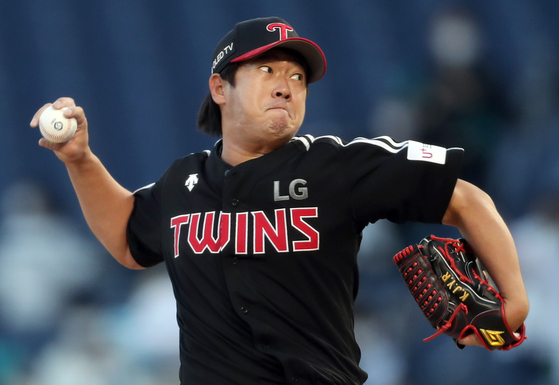 With a career 4.73 ERA across 211 and one third innings pitched, Kim will be looking to prove himself at Doosan for a chance to earn a regular bullpen spot. 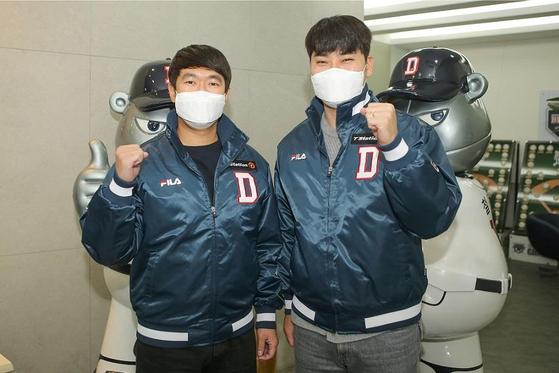 Park Ji-yong, left, and Lim Chang-min pose in a photo released by the Doosan Bears on Friday. [YONHAP]


With Doosan losing Park Chi-guk to surgery at the end of the 2021 season, both Lim and Kim could offer a chance for the Bears to diversify the number of arms they have to call on next year.