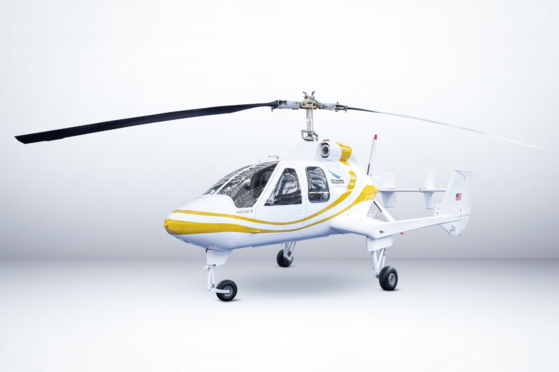 Skyworks Aeronautics' Hawk 5, which will be used by Lotte to start air taxi services in 2024. [LOTTE CORP.]


Companies are rushing to gain a foothold in the future air taxi market, which may be closer to reality than expected.

Lotte Corp. and Lotte Rental signed a partnership agreement with Chicago-based gyroplane manufacturer Skyworks Aeronautics in November to work on urban air mobility (UAM), also known as air taxis. The Lotte companies plan on offering air taxi services in 2024, which is earlier than the government's plan to commercialize the service by 2025.

"Lotte's business is based on logistics and transportation, and we have decided to make [air taxi business] our future growth engine by using strengths in the services sector and synergy between our subsidiaries," said Lee Kang-hoon, managing director at Lotte Corp.

The Hawk 5 from Skyworks will be used by Lotte for air taxis.

With interests in hotels and malls, the company plans to use air taxis to attract people to its stores. Vertiports — takeoff and landing stations for UAM — will be built on the rooftops of Lotte Department Store branch in Jamsil, southern Seoul, Lotte World Tower and Lotte Hotel to transport passengers between the vertiports and Incheon International Airport. 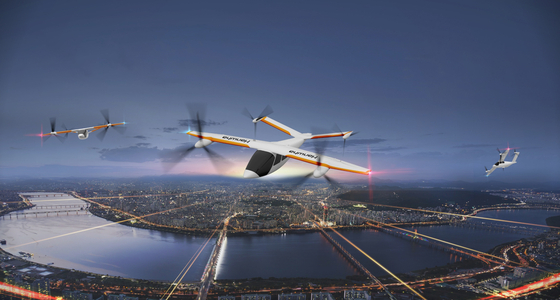 A rendering of the Butterfly, currently being developed by Hanwha Systems and California-based Overair. [HANWHA SYSTEMS]


"We wish to start a UAM service that is fit for Korea and collaborate with various other companies to develop the overall industry," said You Seung-il, chief technology officer at Kakao Mobility.

Some are working to make their own UAM vehicles.


Washington-based Supernal, owned 44.4 percent by Hyundai Motor, 33.4 percent by Hyundai Mobis and 22.2 percent by Kia, was established in November to make an air taxi specializing in cargo transport by 2026. One for passengers will be developed by 2028.
Hyundai Motor's hydrogen fuel cell batteries will be used to power the aircrafts. Hyundai Engineering & Construction, 20.95 percent owned by the carmaker, will help to build vertiports and related facilities.

Hanwha Systems acquired 30 percent of Santa Ana, California's Overair in January last year for $25 million. The company is currently in the process of upgrading Overair's Butterfly aircraft and making it more compact. 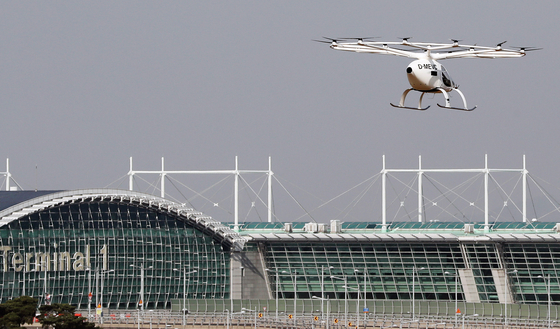 "Telecom companies are moving fast to occupy the market in advance,” said Yoon Moon-gil, a business professor at Korea Aerospace University. "The market can grow rapidly when service starts, and many more companies will try to develop air taxis or transportation services."

The Ministry of Land, Infrastructure and Transport plans to introduce air taxis in 2025, but some companies are aiming to start services as early as 2024. Businesses are acting fast to take a lead in the new market, and the government may need to speed up creating and revising related regulations.

"Air taxis will be used in the city center, and there are air route regulations in Seoul based on the Aviation Safety Act," said Hur Hee-young, a professor teaching aviation business management at Korea Aerospace University. "If air taxis are to fly, we need different rules."

Parts of Seoul are designated as no-flight zones based under the Aviation Safety Act. Areas where flight is allowed may need to be discussed with nearby residents before being designated as air taxi routes considering possible noise or inconveniences. Creating laws regarding air taxi pilot licenses is another area where clearer rules are needed.

Kakao T, cool, convenient and the target of criticism

Kakao T to offer delivery services in partnership with Hanjin