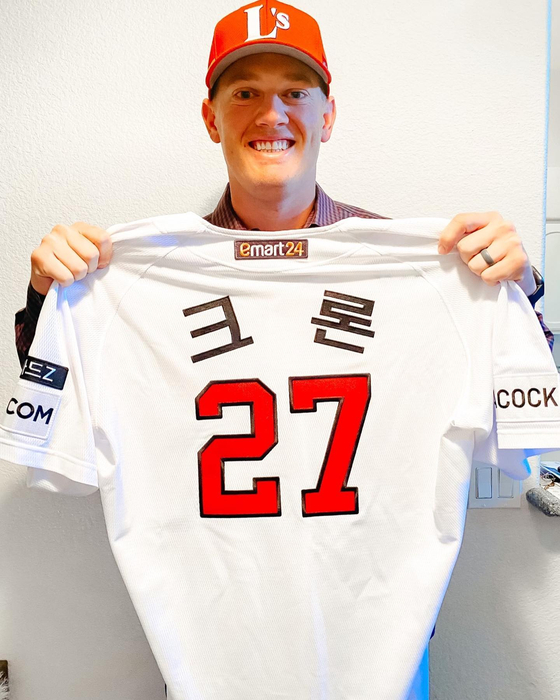 Kevin Cron poses with an SSG Landers shirt in a photo released by the club on Saturday. [SSG LANDERS]


The SSG Landers announced Saturday that they have acquired former major leaguer Kevin Cron on a one-year deal worth up to $1 million.

Cron made his major league debut with the Arizona Diamondbacks in 2019, appearing in 39 games that season and recording 15 hits with six home runs and 16 RBIs.

He appeared in eight games the following season, taking 17 at-bats but failing to record a single hit. 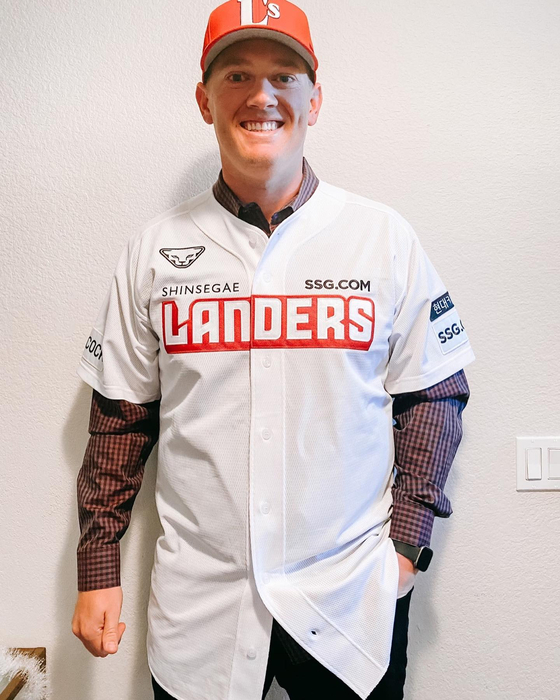 Kevin Cron poses in an SSG Landers shirt in a photo released by the club on Saturday. [SSG LANDERS]


In a press release, the Landers said they expect Cron to be a powerful slugging presence at the plate.

Despite the unsuccessful major league and NPB outings, Cron's minor league numbers show his potential to make an impact in Incheon. In two seasons in the minors, Cron hit 60 home runs with 186 RBIs.

Cron will presumably wear the No. 27 shirt that the Landers have set aside for future foreign position players in honor of retired Canadian powerhouse Jamie Romak. In five years in the KBO, Romak batted .273 with 155 home runs and 409 RBIs in 626 games, putting him at third on the all-time KBO home run ranking for foreign players.

To honor his legacy and commitment to the club, the Landers decided to keep Romak's number alive and active rather than retire it alongside the player in November.

The Landers are the second KBO club to announce a finalized contract with a foreign player this offseason. The KT Wiz on Wednesday announced the signing of former Arizona Diamondbacks outfielder Henry Ramos.

Each KBO club is permitted to sign three foreign players, with a maximum of two foreign pitchers. In practice, most teams generally opt for the maximum two pitchers with a slugger to round out the selection. All foreign players play on one-year contracts, so clubs still have to renegotiate with last season's stars if they want them to return next year.