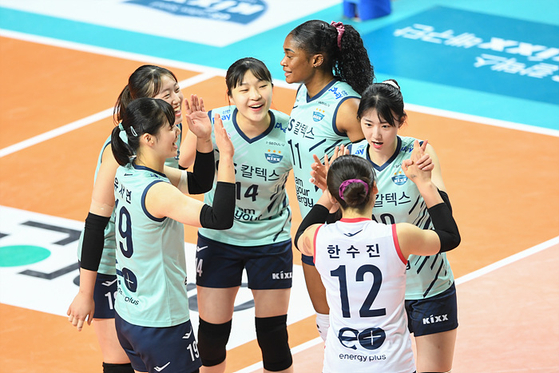 Saturday's match between Seoul and Incheon started out neck and neck as the first two sets went into deuces, but it were the Kixx who ended up two points ahead each time, finishing both of the first two sets 27-25. It seemed the Kixx had completely figured the opponent out by the third set, ending with 25-16 to take their third consecutive victory.

The win comes as some consolation for the Seoul side, as the last time Kixx faced the Pink Spiders, on Nov. 14, the match finished the other way around: 3-0 in Incheon's favor.

Kixx's last three games were all won in straight sets — against Industrial Bank of Korea on Nov. 27, Korean Ginseng Corporation on Tuesday and Pink Spiders on Saturday. 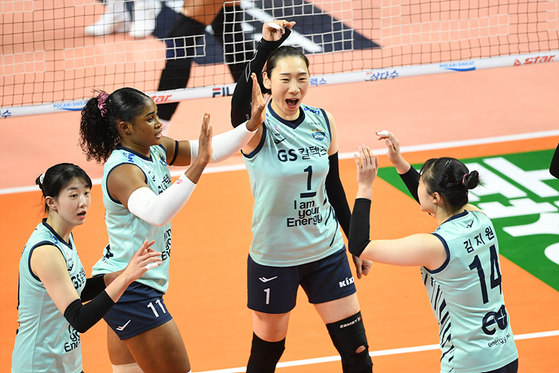 
But the Kixx are a strong team — they achieved the first ever treble in women's professional volleyball history in March, taking the Championship title after winning three games of the best-of-five series, after also winning the 2020-21 regular season title and the pre-season KOVO Cup.

This season, it seemed Suwon Hyundai Engineering & Construction Hillstate was invincible against the Kixx, with the Kixx having dropped both matches against the Suwon club. Hillstate currently tops the table after 12 wins with no losses yet this season, extending the club's longest winning streak of 10 games, a record they reached in the 2009-10 season and again in the 2010-11 season, to 12.

But the Kixx is finding their form again. Kixx holds the longest winning streak of any club on the women's V League: 14 consecutive wins during the 2009-10 season.Kixx will be looking to get closer to that record in the following weeks.

As of press time, Hillstate top the board with 35 points, Kixx are runner-up with 28 points and Korea Ginseng Corporation is in third place with 24 points. Korea Expressway Corporation Hi-pass are fourth with 23 points, the Pink Spiders are in fifth, Industrial Bank of Korea are in sixth place and Pepper Savings Bank AI Peppers sit at the bottom with just one win this season.