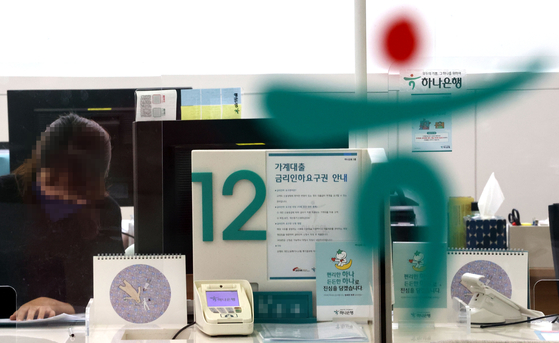 View of Hana Bank at its headquarters in Jung District in November. The FSC said financial companies have agreed to suspending the loan returns for another six months of people whose income have been impacted by Covid-19. [YONHAP]

Forbearance on some household loans for people facing difficulties due to Covid-19 has been extended for another six months.

The Financial Services Commission (FSC) on Tuesday said it will extend the loan suspension program through the end of June 2022 as the virus continues to have an impact on the economy and is hitting people with lower incomes especially hard.

Under the program, which is led by the FSC and supported by financial institutions, 17,199 loans with a total of 130.9 billion won in principal have been suspend since April 2020.

The program was extended twice and was to end by the end of the year. About 3,700 financial companies are participating in the program.

Even individuals who have taken advantage of the forbearance for a year already can apply for another six-month extension.

People whose incomes have fallen due to the pandemic and those on unpaid leave are eligible for the program.

Their income minus daily necessity costs has to be smaller than their monthly payments. They cannot be more than three month in arrears.

Those that have unsecured loans from three or more financial companies are ineligible.

"We will continue to look into additional supportive measures under the principle of an orderly exit," an FSC official said.