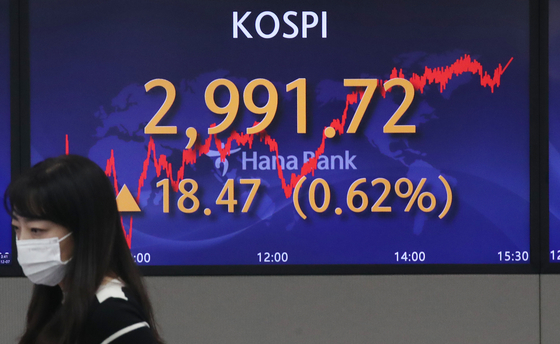 
Stocks extended their winning streak to a fifth session Tuesday after choppy trading, led by advances in tech and auto shares. The won rose against the dollar.

Trading volume was moderate at about 528 million shares worth some 9.9 trillion won ($8.4 billion), with gainers outnumbering losers 586 to 268.

The strong U.S. data fueled hopes of quick recovery from the pandemic, while fanning concerns that the Federal Reserve could hasten its key rate hike to reign in the inflation pressure.

Investor sentiment also improved on the easing concerns about the Omicron strain of the new coronavirus.

"In a macroscopic way, investors seem to be relieved by the early data that the Omicron risk may not be so catastrophic," Mirae Asset Securities analyst Park Gwang-nam said.

In Seoul, the market was led by gains in tech, auto and financial stocks.

The local currency closed at 1,179.5 won against the dollar, down 3.5 won from the previous session's close.