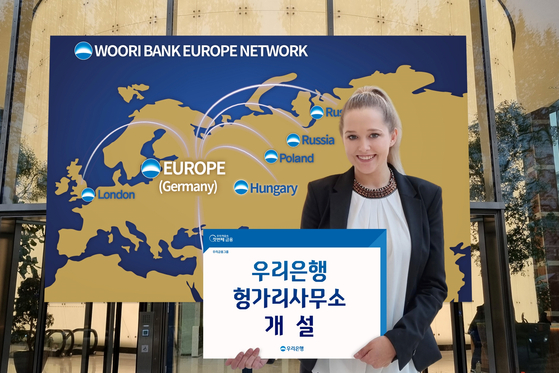 
Woori Bank said Tuesday that it opened a regional office in Budapest.

The Korean bank received approval from Hungary's central bank for the office on Nov. 30.

Woori Bank plans to offer financing to Korean companies doing business in eastern Europe and to European companies through the new office, it said in a statement.

According to the bank, Hungary is at the center of eastern Europe and its economy is growing fast thanks to policies favorable to foreign companies and low corporate tax rates.

Woori Bank is hoping to strengthen its presence in Europe with the new office.

It already has a European corporation headquartered in Germany and a bank branch in Britain. At a regional office, customers cannot take out loans or create accounts, but the office offers consulting and connects customers with bank branches that can offer such services.

Woori Bank's long-term credit rating raised to A by Fitch