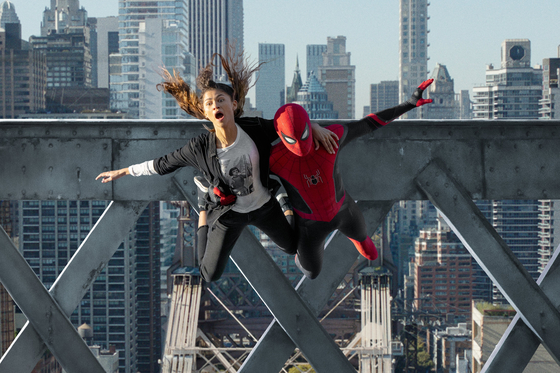 MJ (played by Zendaya) and Spider-Man (played by Tom Holland) jump off a bridge in "Spider-Man: No Way Home," slated to premiere in local theaters on Dec. 15. [SONY PICTURES]


Tom Holland said audiences are set to see a side of Peter Parker they've “never seen before” in the upcoming movie “Spider-Man: No Way Home.”

The British actor made the prediction during an online press conference with Korean media outlets on Wednesday. The narrative of the movie picks up from the ending of “Spider-Man: Far From Home” (2019) after Peter Parker’s identity as a superhero is exposed and his reputation is ruined.


“My favorite action sequence in this movie, I can’t tell you where it is or what takes place, but I can say that it is with the Green Goblin,” Holland hinted. “It’s kind of the turning point of the movie. We get to see a side to Peter Parker we’ve never seen before which is really exciting. Also [a] fighting style that has never been in one of these movies before, there is one stunt in particular that George Cottle [stunt coordinator] put together that is just mind-blowing and is so impressive so it has to be that sequence. I’m sorry I really can’t give you more details but trust me, you’ll want to be surprised when you see the film.”

“No Way Home” marks the end of the trilogy that began with “Spider-Man: Homecoming” (2017) when Sony Pictures’ Spider-Man entered the Marvel Cinematic Universe (MCU). However, according to a recent interview by American ticketing company Fandango, producer Amy Pascal revealed that Sony and Marvel are planning on creating another “Spider-Man” trilogy after “No Way Home.”

“This is the end of trilogy, the homecoming series is coming to an end, and it’s very emotional for the three of us [actors Zendaya who plays Peter Parker's girlfriend MJ and Jacob Batalon who plays his best friend, Ned],” Holland said. “We started working together when we were 19 years old, we became fast friends and have grown up together and become a family outside of the Spider-Man universe so it’s kind of unclear as to what the future holds. To potentially walk away from the character is incredibly emotional but something we’re all maybe ready to do because we’ve all achieved what we wanted with this franchise.” 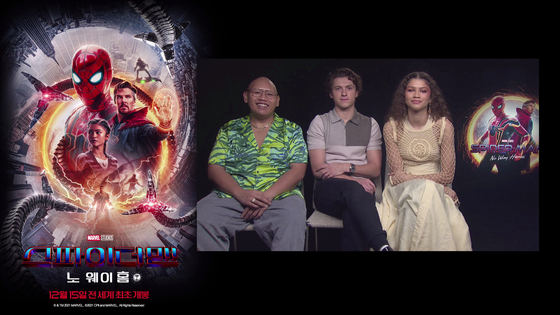 
Zendaya and Holland agreed that what makes their Spider-Man distinct from prior franchises is that the films put more focus on Parker's growth from a high school student to a superhero.

“What Jon [Watts, the director] has done really well is taking our time with the characters, getting to know who they are and then falling in love with them,” Zendaya said.

"I think everybody had their own connection to them because they literally watched them grow up from our first movie. We barely even talked to each other, to the second movie where we finally get our special moment, to the third movie where Peter and MJ are finally together, they’re in love, so you get to really see them go through what a regular relationship would be like, which does not just happen overnight," Zendaya elaborated.


"People get to know each other and I think that’s really, really something special that has been allowed to grow with our characters and mature with our characters and now we get to see them in a situation they’ve never had to deal with before and being with characters that we’re comfortable with but now throwing them into situations that are extremely uncomfortable for them and seeing how they handle it. I think we get to see sides of them we’ve never seen before.” 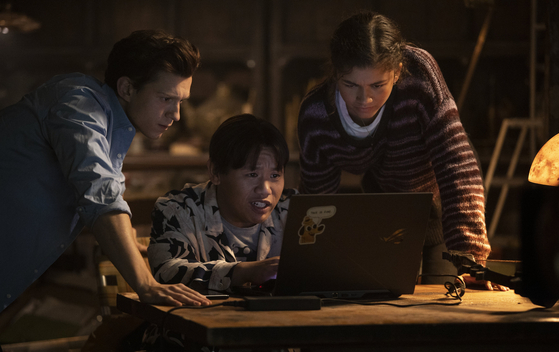 Holland, Batalon and Zendaya as Peter Parker, Ned and MJ in "Spider-Man: No Way Home"

"I had the luxury of being in the Avengers movies which kind of adds to the allure of this character, this universe, so I’m really proud that Spider-Man become quite an instrumental piece of the puzzle for the MCU.”

Holland and Zendaya also shared their experiences of meeting Korean celebrities around the globe.

“I was able to meet her [actor Jung Ho-yeon] at the CFTA fashion awards and she was so kind and so sweet,” Zendaya said. “I know that much like Spider-Man, her life has kind of changed so quickly overnight and I had such empathy for her that I just kind of extended the invite if she was ever in LA, if she wanted to come watch [HBO series] ‘Euphoria’ get shot or whatever I would like to have her and she actually did end up coming by the set and hanging out and she’s so sweet and such a lovely energy to be around and I hope to get to know her more.”

Holland talked about meeting Son Heung-min of Tottenham Hotspur, which Son posted about on his Instagram account on Saturday.

“Sonny is my favorite football player,” Holland said. “I’m a big Tottenham fan and obviously he’s one of our best players, if not our best player and I’ve been a big fan of his so he came to the hotel, we hung out, I interviewed him for an hour in this room, asked him lots of questions about his career, his favorite goals, his highlights [...] He’s an amazing guy, he always plays with such grace, he seems to be loving his football which is always really refreshing to see and it’s interesting [because] I had a meeting with Bong Joon-ho the other day and all we spoke about was Sonny — we didn’t really talk about any movies. We just talked about how we really loved Sonny.”