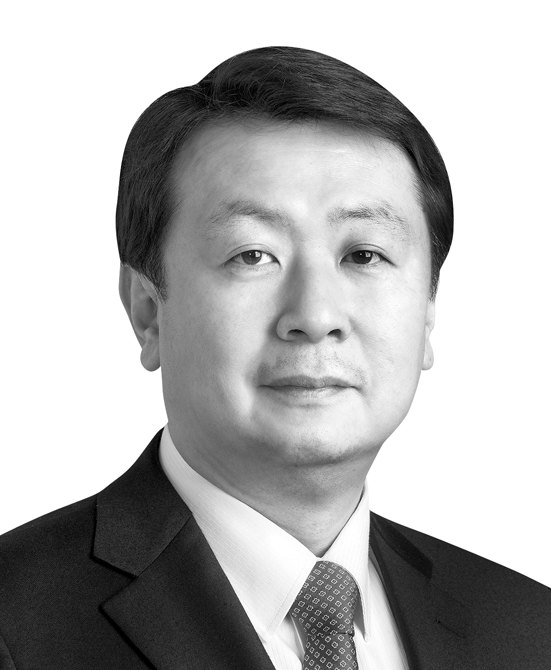 
Sandwiched between two superpowers — the United States and China — Korea feels bitter. It often has to walk on eggshells between the two countries. The upcoming Summit for Democracy, scheduled to held on Thursday and Friday, is such an event.

The summit, initiated by U.S. President Joe Biden, is bringing together leaders of 110 countries, but its legitimacy has been questioned. Despite its aim of defending democracy, leaders of several authoritarian countries such as Turkey, the Philippines and Iraq were invited. Anti-dictatorship leaders who fought for democracy, however, are not participating.

Furthermore, the United States’ prestige as a democracy was questioned because thousands of supporters of former President Donald Trump stormed the U.S. Capitol shortly after his defeat in the election. It is no wonder that the country’s attempt to champion democracy has become a subject of ridicule. In fact, a survey by U.S. Freedom House in March showed that the U.S. score on the global freedom index fell to 83 in 2020 from 94 in 2010, which is lower than the scores for Argentina, Croatia and Mongolia.

The upcoming summit is promoted as an event to defend democracy, but everyone knows it is an attempt to create an international blockade to contain China and Russia. It is, therefore, a predicament for Korea. Participating countries are supposed to present ideas and implementation plans to contain authoritarian countries. It is highly likely to anger China.

Although it is in its final months, the Moon Jae-in administration is doing its best to realize the declaration of a formal end to the 1950-53 Korean War. For the plan to succeed, support from the United States and China are essential. Suh Hoon, director of the Blue House National Security Office, therefore, rushed to Tianjin on Dec. 2 and requested Beijing’s foreign affairs chief, Yang Jiechi, to support the ending of the war declaration. And yet, a press release from the Chinese Foreign Ministry issued after their meeting didn’t mention the declaration. That strongly suggests that China is not interested in it.

If Moon actively participates in a U.S. policy to contain China when he participates in the Summit for Democracy, the outcome is nearly preordained. Yet Moon cannot ignore requests from Biden, who also holds a key to an end-of-war declaration. The Moon administration is undeniably in a predicament.

What is the best way to resolve the situation? The answer is waiting for a right opportunity. U.S.-China relations will get better and Korea will be able to win support from both sides sooner or later. But the Moon administration is obsessed with announcing the end of the war before its term ends in May and keeps repeating mistakes.

When Moon met with U.S. Defense Secretary Lloyd Austin on Dec. 2, the Korean president told the Pentagon’s chief, “I have proposed the declaration of the Korean War’s ending in order to hand down a situation, where North-U.S. and inter-Korean dialogues are ongoing, to the next administration.” But that is wishful thinking. North Korea policy has never been maintained when the ruling party failed to win a presidential election. The engagement policy started by President Kim Dae-jung continued in the Roh Moo-hyun administration, but it disappeared as soon as the conservative Lee Myung-bak administration was launched. The Park Geun-hye administration’s hardline North Korea policy was replaced by a second engagement policy — the Korea Peninsula Peace Process — after Moon took office.

Yoon Suk-yeol, presidential candidate for the conservative People Power Party, is critical of ending the war without denuclearizing North Korea. In a meeting with foreign press on Nov. 12, Yoon said, “Declaring the end of the war will likely dismantle the armistice management system and the UN Command and trigger a public demand for the withdrawal of the U.S. Forces Korea.”

As of now, Yoon is ahead of the liberal Democratic Party’s Lee Jae-myung or the two are in a neck-and-neck race. It is questionable if the North will agree to an end-of-war declaration.

If Moon had taken into account opinions of the conservatives before devising his North Korea policy, he may not have to worry about a policy change by his successor. With fewer than 100 days before the election, it is unreasonable to expect the North to accept the proposal. The Moon administration must stop obsessing about the plan.

One loophole after another