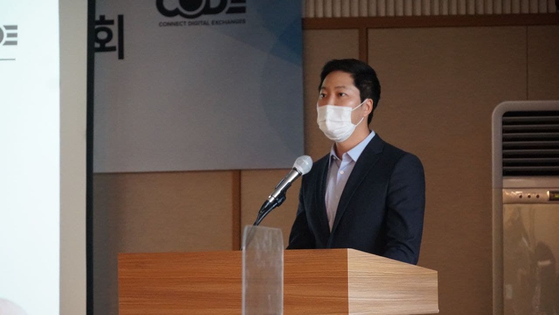 
Cryptocurrency exchanges Bithumb, Coinone and Korbit announced Wednesday they will implement their own "travel-rule" system in January.

The anti-money laundering standard known as the travel rule calls for certain customer information to be shared by exchanges as digital assets are transferred from one to another. While banks have long adhered to the travel rule to keep money movements transparent, the rule was extended in 2019 to crypto exchanges by the Financial Action Task Force (FATF), a Paris-based international organization that sets standards to combat the illegal movement of funds.

Local exchanges must be ready for the rule by March 2022.

To prepare for the rule, the three local exchanges formed COnnect Digital Exchanges (CODE), an equally-owned venture, in August to build their own travel-rule system. Upbit, the country's largest cryptocurrency exchange, was planning on participating in the venture earlier in the year but withdrew from the plan in July saying the move could be seen as anti-competitive.

Cha Myung-hoon, CODE's first CEO and also the head of Coinone, said during a press briefing held Wednesday that the system was developed to be easy-to-use for digital asset traders and also is secure. The solution, according to Cha, will be offered to other exchanges at relatively cheap prices because for the solution to really work, it is crucial a lot of exchanges use it and agree to share information.

CODE will have to compete with a solution adopted by Dunamu-operated Upbit, developed by Lambda256, a Dunamu company.

Lambda256 introduced VerifyVASP in September in Korea and started marketing it to virtual asset service providers like crypto exchanges. Upbit already has roughly 20 companies in the alliance. Among local exchanges, Hanbitco and Aprobit have chosen VerifyVASP.

Cha said that because its system is made between three major local exchanges, digital asset transfers between these exchanges will be easier and more transparent. Attracting more exchanges to use its solution remains an important task for CODE in the coming year.

On the question whether VerifyVASP and CODE can be integrated, Cha said "We think that it is possible technologically, but the issue is with the actual partnership."

Cha added that he expects integration could be possible in the future.