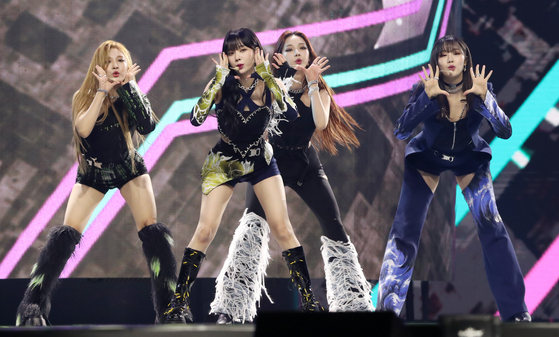 Girl group aespa is nominated in all three major categories of the upcoming Golden Disc Awards, which will take place on Jan. 8, at Gocheok Sky Dome in western Seoul. [ILGAN SPORTS]


Nominees for the three major categories of the annual Golden Disc Awards were announced Wednesday, ahead of the ceremony slated to take place live on Jan. 8.

Online and offline sales of digital songs and albums released between November 2020 to mid-November of this year were evaluated to come up with the list of nominees.

For the Rookie Artist of the Year, aespa, Epex, Jo Yu-ri, Kwon Eun-bi, Lee Chan-won, Mirae, Omega X, Purple Kiss and STAYC will be competing for the prize.

JTBC, the event’s organizer, launched the official website for the upcoming 36th edition of the awards on Wednesday. The ceremony will take place from 3 p.m. at the Gocheok Sky Dome in western Seoul.