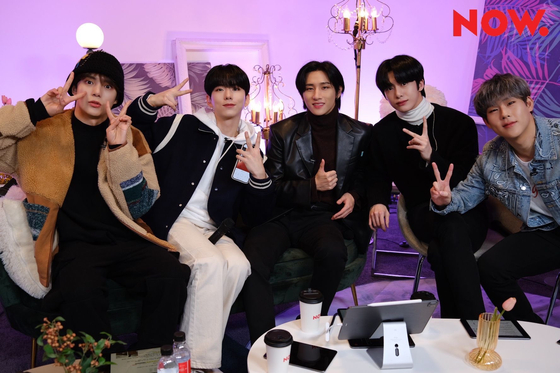 
"The Dreaming," a film documenting Monsta X's activities over the past six years, premiered in Korea today, ahead of its global premiere on Dec. 10. According to CGV, the film has been ranking No. 1 in ticket sales since Monday.

The film centers around the boy band's journey over the past six years, showing the "challenges, dreams, developments and achievements," according to Starship Entertainment.

According to the label, Monsta X will release "The Dreaming," its second full-length English-language album, on the same day as the global premiere of the film.

The band left for the United States on Dec. 6 to take part in the iHeartRadio's Jingle Ball tour, which is presented by Capital One. It will be participating in shows in Philadelphia, on Dec. 13, Washington, on Dec. 14, Atlanta, on Dec. 16, and Miami, on Dec. 19.

It's Monsta X's third year on the Jingle Bell tour.