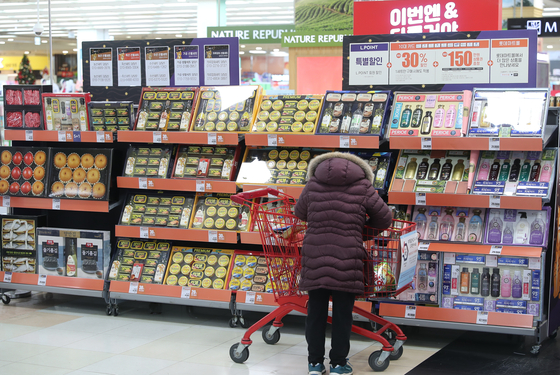 A visitor shops for New Year gift sets at a discount mart in Seoul on Thursday. The National Assembly's Legislation & Judiciary Committee on Wednesday passed a bill that temporarily eases the anti-graft law for the upcoming Lunar New Year holiday. With the bill, public servants, educators and journalists will be allowed to receive gifts of up to 200,000 won ($170). They can only receive gifts worth less than 100,000 won under the current law. [YONHAP]

Stocking up for Seollal