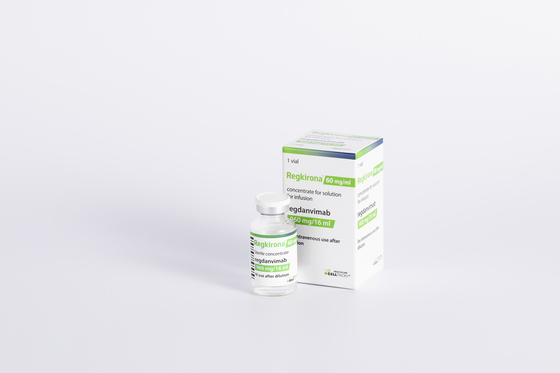 It didn't give a breakdown of the timing of the orders or the countries making the orders.

Regkirona has received formal marketing approvals from Korea's Ministry of Food and Drug Safety and the European Commission. Brazil and Indonesia issued emergency-use authorizations, while Peru and Australia granted conditional use approvals.

Celltrion Healthcare said it is currently in talks with other countries in Asia, Middle East and Latin America.

"After the approval from the European Commission, Regkirona has been gaining approvals from various countries slowly," said a spokesperson for Celltrion Healthcare. "We expect we could win more orders next year."

Celltrion has been conducting Phase 1 clinical trials of an inhalable form of Regkirona in Australia in collaboration with Durham, North Carolina's Inhalon Biopharma.