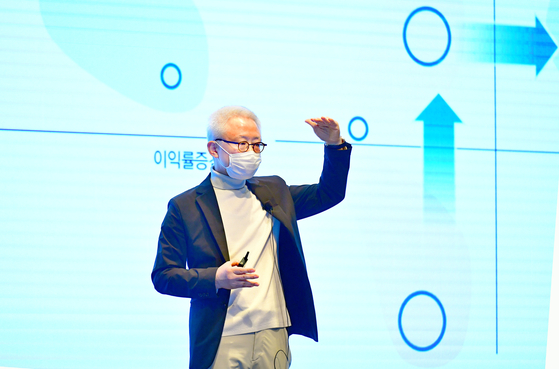 
Kyung Kye-hyun's appointment as the CEO of the Device Solutions business at Samsung Electronics comes at a critical moment for the company.

He will be captaining the chipmaker as it navigates choppy waters in memory chips and tries to build its share in foundry against formidable TSMC, the Hsinchu, Taiwan company that is the clear market leader in that business.

Replacing Kim Ki-nam, who was vice chairman and is now chairman, he follows an industry legend who has been leading the semiconductor business of Samsung Electronics since 2017 and represented the company when it announced the $17 billion chip factory in Texas last month.

The 58 year-old is best known for spearheading the development of a breakthrough chip design called 3D V-Nand when he served as a leader of NAND flash memory design team at Samsung Electronics in 2013.

The 3D V-Nand technology stacks NAND flash memory cells vertically within a chip so that the storage capacity and data transfer performance improve dramatically compared to the traditional planar NAND.

The design, once considered next-generation architecture, has now become the standard for many chipmakers, like SK hynix and Micron, although Samsung was the first to market NAND flash memories using the chip design.

Kyung started his career at the Suwon, Gyeongggi-based company in 1994, and he spent nine years overseeing NAND flash-related teams.

In the previous job as CEO of Samsung Electro-Mechanics, an electric component company 23.7-percent owned by Samsung Electronics, Kyung is credited with achieving record profit of 1.1 trillion won ($936 million) in the third quarter.

He focused on strengthening the competitiveness of the company's multilayer ceramic capacitors (MLCC). Another focus was to reform the rigid corporate culture at the company by introducing a policy that eliminates ranks under executives.
The move was intended to encourage every employee to refer to each other with the suffix "pro," as in professional, or the Korean honorific suffix of "nim," to maintain a horizontal corporate culture.

The new CEO graduated from Seoul National University with a major in control and instrumentation engineering and earned a doctoral degree of the same subject at the university.

"I had a small meeting in Abu Dhabi," he told reporters at Gimpo International Airport.

"It was a good opportunity to gain insight as to how other countries or a specific industry prepare for the future," Lee said.