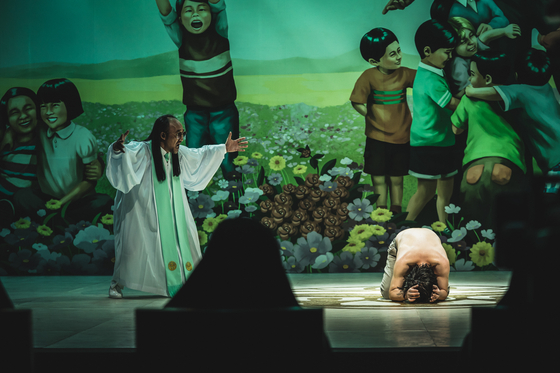 A scene from ″Hellbound″ [NETFLIX]

The series topped the chart on Nov. 20, a day after its release, and remained in the number one spot for 10 days. It slipped to No. 3 on Dec.3 before falling out of the top ten altogether.

Meanwhile, “Squid Game,” another Netflix Korea original series, still ranks at No. 6 while KBS historical romance series “The King’s Affection” is No. 7. TvN’s "Hometown Cha-Cha-Cha" reentered the chart at No. 9.