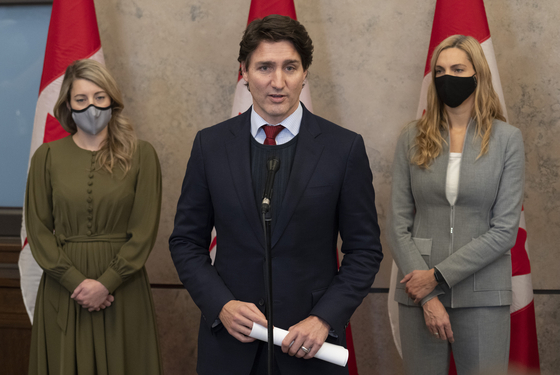 Korea is not considering a diplomatic boycott of the Beijing Winter Olympics in February, despite the United States and a growing number of its allies deciding not to send government delegations.

First Vice Foreign Minister Choi Jong-kun said in a TBS radio interview Thursday that Korea plans to "play the role of the host country of the previous Olympics," meaning that Seoul is likely to take part in the Winter Games that kicks off on Feb. 4

Choi said the Games are part of a "relay of Northeast Asian Olympics from PyeongChang to Tokyo to Beijing."

Korea was host of the last Winter Olympics in Pyeongchang in 2018, while Japan hosted the 2020 Tokyo Summer Games last July, a year delayed because of the pandemic. Seoul has stressed a vision of an Olympic truce to bring peace and prosperity to the Korean Peninsula and Northeast Asia.

On Monday, the United States announced a diplomatic boycott of the 2022 Beijing Olympics in protest of human rights abuses in China, putting Korea in a tricky position. While American athletes will be allowed to compete in the Winter Games, U.S. officials, including President Joe Biden, will not attend.

A senior Blue House official first told reporters Wednesday that the government "is not considering a diplomatic boycott of the Beijing Olympics."

The official added, "No decision has yet been made regarding the participation of a Korean government delegation in the Beijing Olympics."

He said, "The Korean government holds the basic position that it hopes that the Beijing Olympics will contribute to peace, prosperity and inter-Korean relations in Northeast Asia."

Vice Minister Choi's remarks Thursday took that one step further by introducing the idea of South Korea's duty to participate in the Beijing Olympics as the host of the previous Winter Games.

Choi Young-sam, spokesman for Seoul's Ministry of Foreign Affairs, said in a briefing later Thursday that the Korean government is "not currently considering a diplomatic boycott of the Beijing Olympics."

He added, "I would like to reiterate that we have not received any prior requests from the United States regarding the Beijing Olympics," indicating that Seoul will make its own decision.

Over the past several days, several American allies have joined the diplomatic boycott, including Britain, Canada, Australia and New Zealand, countries that form the U.S.-led Five Eyes intelligence-sharing alliance.

These countries overlap with Aukus, a trilateral security pact among Australia, the United Kingdom and the United States, launched in September, which has been protested by China.

Italy said it does not plan to join the American boycott, as it is expected to take the baton from Beijing as host of the next Winter Olympics in Milano and Cortina in 2026. 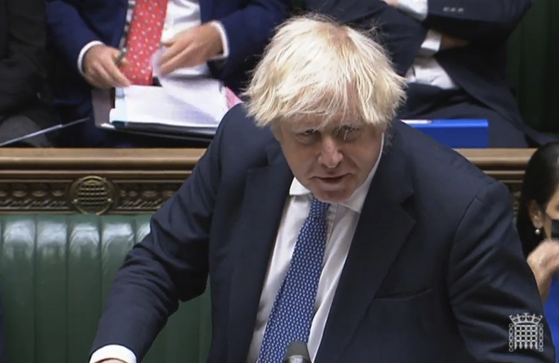 China's Foreign Ministry said the United States "will pay a price," for the boycott, warning of "firm countermeasures" without further elaborating.

Wang Wenbin, a Chinese Foreign Ministry spokesman, said in a briefing Wednesday he "noted and applauded" remarks made by the Korean Foreign Ministry the previous day expressing the hope that a successful Olympics could contribute to the peace and stability of Northeast Asia.

Recalling that Korea hosted the PyeongChang Winter Games, Wang said, "China and the ROK [Republic of Korea] have been supporting each other in hosting Olympic Games, which demonstrates the friendly, cooperative relations between our two countries and the manner of the big Olympic family."

On other countries' boycotts, Wang said, "China hasn't invited any Australian government official to attend the Beijing Winter Olympics" and that "no one would care whether they come or not" as they have "no impact whatsoever on the Olympics to be successfully held by Beijing."

Seoul has tried to keep a balance between its traditional security ally, Washington, and largest trading partner, Beijing, with both countries key to making progress in stalled North Korean denuclearization talks.

But Korea could be asked to take a stronger stance amid the intensifying Sino-U.S. rivalry, with President Moon Jae-in scheduled to take part in Biden's Summit for Democracy Thursday, which is aimed at bringing together American allies and partners to stand up against authoritarian forces. Moon is also slated to kick off a four-day state visit to Australia, which faces deteriorated ties with China, Sunday.