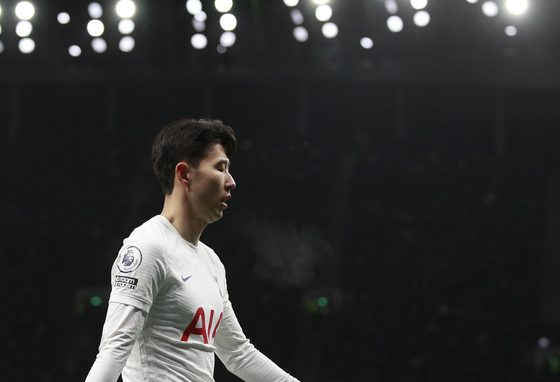 
Tottenham Hotspur have not confirmed who at the club has contracted Covid-19, but have said that a total of eight players and five members of staff have now tested positive. Son Heung-min, clearly absent in photographs of training on Wednesday, is believed to be one of the infected players.


In a press conference Wednesday, a visibly shaken Antonio Conte told reporters that he has just 10 healthy players left.

"The situation makes me very upset because the situation is serious," the manager said. "It's contagious and there is a big infection. Now we are a bit scared because tomorrow we don't know what will happen.

"We had 11 players available for the match and by the end of the training session today one of the players who would start tomorrow is now positive. It's scary. We're all having contact."

Conte said that Spurs would not be able to play their Europa Conference match against Rennes on Thursday, although the French club strongly protested the announcement, saying that UEFA had not officially canceled the game, so it had to go ahead.

As of press time, Tottenham have not changed their statement saying the game would be canceled.

Korean striker Son is assumed to be among the infected players, alongside Lucas Moura, Ben Davies, Cristian Romero, Emerson Royal, Bryan Gil and two other players. Former interim manager Ryan Mason is reported to be one of the infected staff members.

Following the Europa Conference match, Spurs are scheduled to take on Brighton in the Premier League on Sunday. British media reported on Wednesday that the team is in talks with the league about canceling that fixture, although nothing had been confirmed as of press time.

Under British government guidelines, any player that tests positive will have to self isolate for 10 days. If they report symptoms, that period could be extended. For Tottenham, that means that the infected players will be out for the Rennes game, Sunday's Premier League game against Brighton and the following Premier League game against Leicester City on Dec. 16, if not longer.