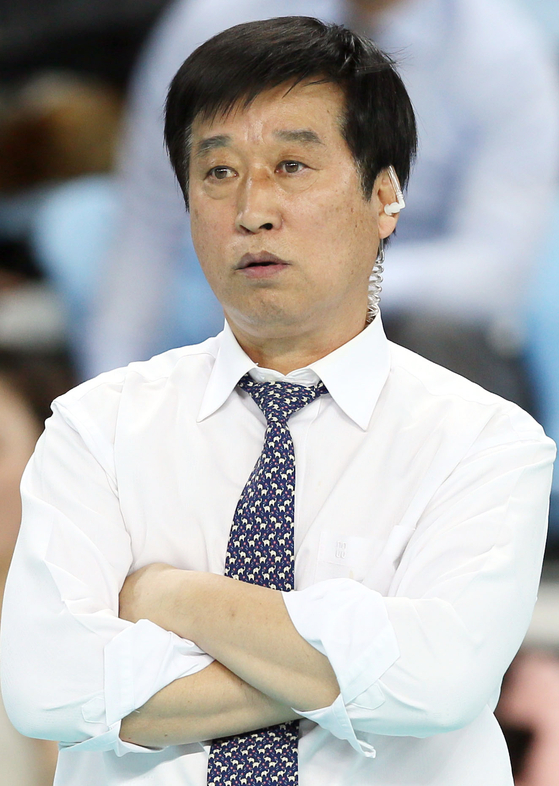 Kim Ho-chul’s appointment comes after the dismissal of two coaches in three weeks.

IBK sacked their former head coach Seo Nam-won on Nov. 21 following a confrontation with player Cho Song-hwa that caused her to leave training in protest of the abusive environment created by Seo.

Then assistant coach Kim Sa-ni took over as interim coach and said that Cho wasn't the only person to have faced Seo's wrath, explaining that she had also experienced verbal abuse from the former coach. Seo denied all allegations.

But Kim Sa-ni only lasted for three matches and resigned on Dec. 2 after a match against Korea Expressway Corporation Hi-pass.

Meanwhile, Cho is still MIA. IBK claim to have asked her to return to the team ahead of a match against Pepper Savings Bank on Nov. 23, but she refused. The club then decided to release Cho, but the Korean Volleyball Federation (KOVO) rejected the attempt because Cho had not provided her consent.

At IBK’s request, KOVO decided to hold a disciplinary committee meeting on Dec. 2, but it was postponed because Cho said she needed more time to prepare. Cho now says she will seek legal advice, marking the third dispute in the history of the KOVO to involve legal counsel. The disciplinary committee will take place on Friday.

Kim Ho-chul will play his first match with IBK on Dec. 18, the first time he takes the helm of a women’s club. The Altos have only won three games since the start of the season and sit at second-to-last in the women’s volleyball standings.