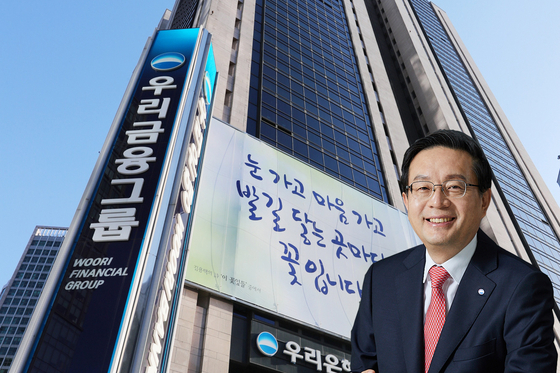 
Woori Financial Group said Friday it has been privatized for the first time in 23 years.

The announcement came as a 9.33 percent stake in the financial group held by the state-run Korea Deposit Insurance was sold to five different parties Thursday.

After the sale, Korea Deposit Insurance dropped to the third largest shareholder from the largest, now holding a 5.8 percent stake.

The largest shareholder of the group now is the employee stock ownership association, with a 9.8 percent stake.

The government spent 12.8 trillion won ($10.8 billion) on the bailout of Woori Financial in 1998 following the Asian financial crisis. Following the latest sale, the government has recouped 96.6 percent of taxpayers' money poured into saving the financial group, according to the Korea Deposit Insurance.